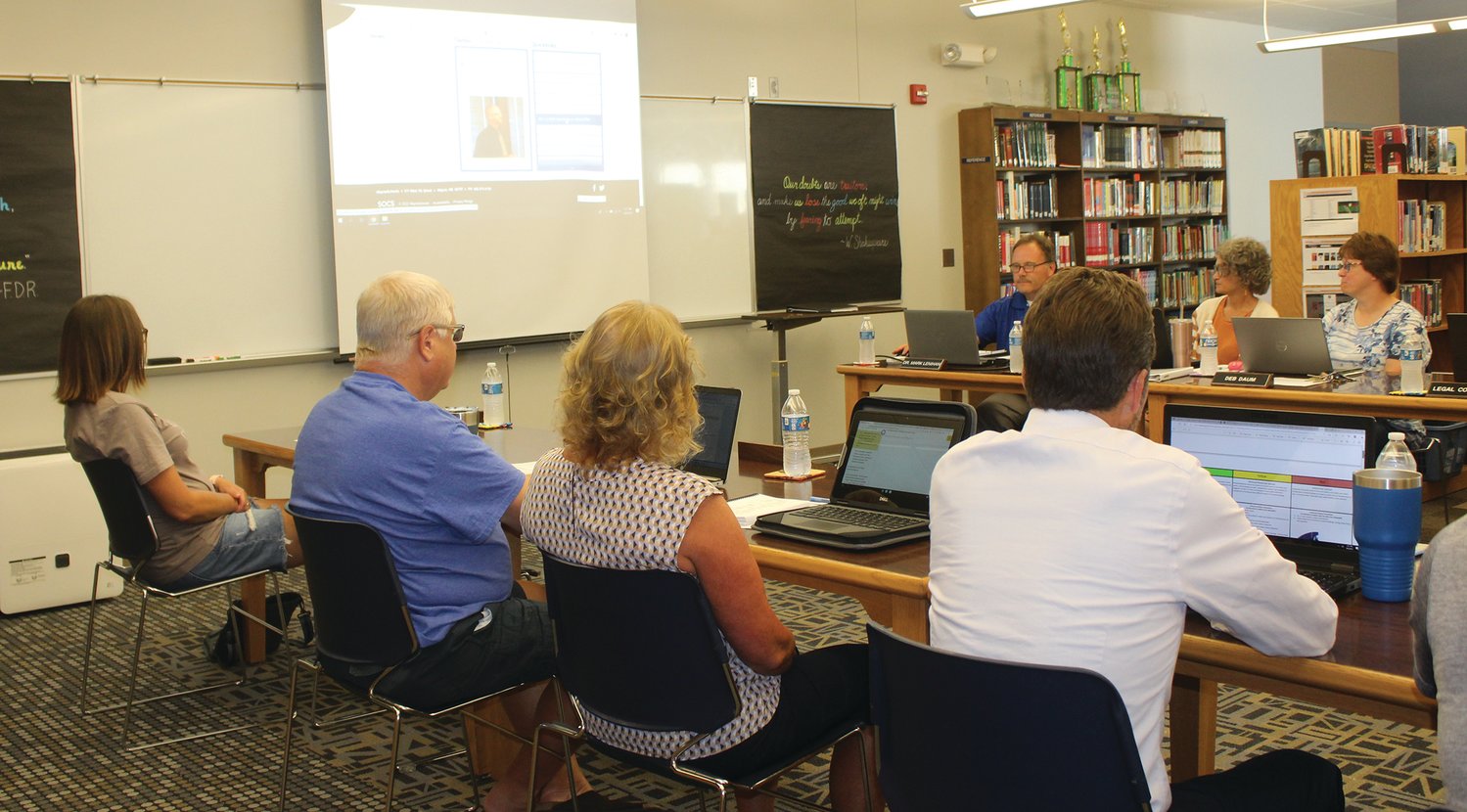 Discussion was held on the process and approval given for the hiring of a Construction Manager at Risk (CM@R) at Monday's meeting of the Wayne Community Schools' Board of Education meeting.

Superintendent Dr. Mark Lenihan explained to board members the process the district has gone through and talked about the three firms that were interviewed.

Following the interviews, each of the firms received a ranking and Hausmann Construction was ranked at the top.

At Monday's meeting, board members unanimously approved a resolution in regard to the rankings and selection of Hausmann Construction as the top ranked CM@R for the proposed early childhood and high school improvements project.

This process is necessary and based on state statute.

Second reading approval was given for the Superintendent Evaluation Handbook. There were no changes made since the first reading at last month's meeting.

Approval was given to the ARP/ESSER Safe Return to School Plan.

Dr. Lenihan said there is no change in the plan for instructional learning, with procedures in place for each of the levels - green, yellow and red. The plan is reviewed on an annual basis.

Discussion was held on items that can be purchased with ESSER funds. At the present time the district is looking at security camera upgrades at both schools. These would be both indoor and outdoor cameras.

Approval was given to move forward with adding an additional counselor with Heartland Counseling.

The cost to the district will be $1,000 per month, for 12 months. The district has received grant money to pay for these services for the coming year and Dr. Lenihan said additional grant money may be available in the future.

Elementary Principal Russ Plager and High School Principal Tucker Hight updated the board on where these counselors would have offices and other details about the services.

Superintendent Lenihan gave an update on the budget for the coming year.

He noted that the valuation numbers will be released by the county on Aug. 21 and following that additional work can be completed.  He will take the budget to the Department of Education on Aug. 25 and a joint public hearing is planned with the county on Sept. 20.

Board members discussed the need to allocate funds to the building fund for future projects and the need to increase the district's cash reserves.

Dr. Lenihan also presented information on staff in-services planned for the coming school year. The majority of these will take place following the 2 p.m. Wednesday dismissals.

Special Education/Early Learning Director Misty Beair told the board that the four-year old class is full at the ELC and the three-year old is nearly full. She also shared information on the ELC's finances.

Foundation Director Brandon Foote gave updates on activities, including the beginning of the Staff Giving Campaign, the annual Murray Fishing Tournament and a $1 million Scholarship Campaign set to begin in October.

The Facilities Committee report included the fact that the steps on the west side of the high school have been poured and will be finished before the start of the school year.

A chiller at the junior-senior high school is currently operating at 50% and steps are being taken to bring it back to full capacity. It was noted that the lead time  for obtaining parts and other materials is quite lengthy.

The Wayne Community Schools' Board of Education will next meet in regular session on Monday, Sept. 12 at 5 p.m. A special meeting will be held Tuesday, Aug. 30 at 5 p.m. to approve end of year claims, conduct a budget session and approve a security camera quote.