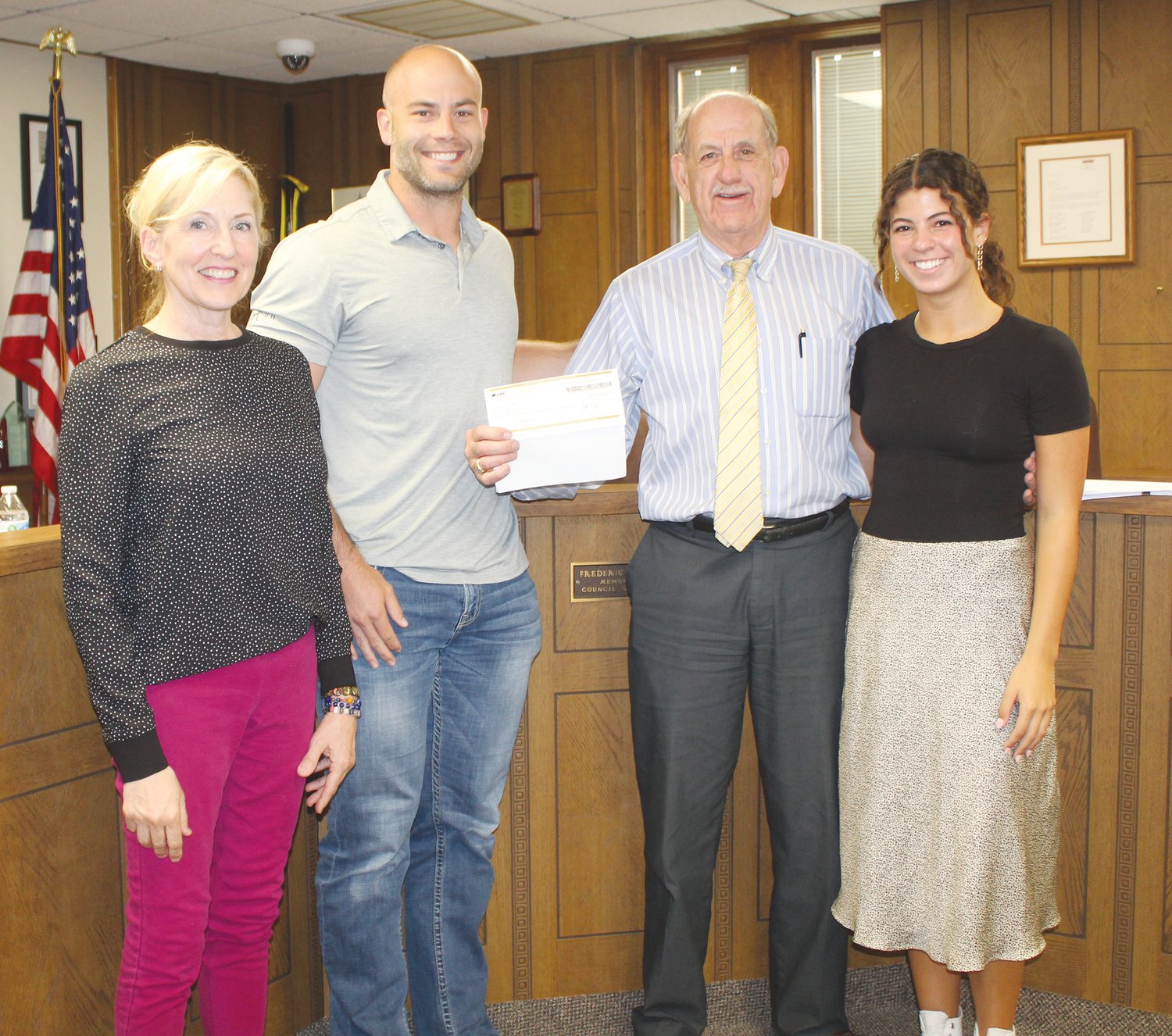 The presentation of a check for $80,895.02 was among the highlights of Tuesday's Wayne City Council meeting.

"The dividend this year represents approximately 25 percent of the premium paid by the city. This process has been made available to the city and since the company began paying dividends in 1992-93, the city of Wayne has received checks 19 years. This is part of the safety dividend program," Peterson said.

A public hearing was held to consider the Planning Commission's recommendation to rezone three lots on South Lincoln Street. The area will change from I-1 (Light Industrial) to R-2 (Residential).

No one from the public spoke during the hearing and council members then approved Ordinance 2022-7 to amend the city's Zoning Map.

The first of these formally identified the city's goals for the coming year.

Resolution 2022-35 accepted a bid from OCC Builders, LLC for the contract in regard to the College Hill Park Trail Head Project.

This was re-bid on the project as several items, including Davis-Bacon wage requirements, were missed when the project was first bid.

Council members approved the bid of $372,310.00 for the work to be done on the building that was once the swimming pool bath house.

Resolution 2022-36 approves the plans, specifications and estimated cost for the 2022 South Lincoln Street Project and authorized the city clerk to advertise for bids.

The work involves the paving of a portion of Lincoln Street to connect it to Chicago Street, which is also being paved. City staff felt it was better to have the two separate projects, rather than having a change order on the Chicago Street project.

Estimated cost for the project, which does include water mains also, is $190,000.

Roger Protzman with JEO explained the need for the project and work that would be done.

Casey Junck, Water/Wastewater Superintendent, shared information with the council on the problems a homeowner in the area of the golf course has been experiencing in recent months and noted that the city did not provide sewer services when it should have.

The work will also include hooking up the golf course restrooms.

Council members granted approval to the Public Art Committee to move forward with the purchase of a piece of art to be permanently placed somewhere in the city.

A total of $20,000 has been budgeted for public art for this fiscal year. Of this amount, $12,000 has been allocated as a lease payment for the 12 pieces of art that will be installed throughout the city in coming weeks. They will remain on display for a year.

The remainer of the funds can be used to purchase one or more pieces of art that could be displayed in the city, possibly in one of the city parks.

Council members directed the committee to give preference to a local artist.

The Wayne City Council will next meet in regular session on Tuesday, June 7 at 5:30 p.m. A special meeting will be held Tuesday, May 31 at 5:30 p.m. at the Wayne Fire Hall.