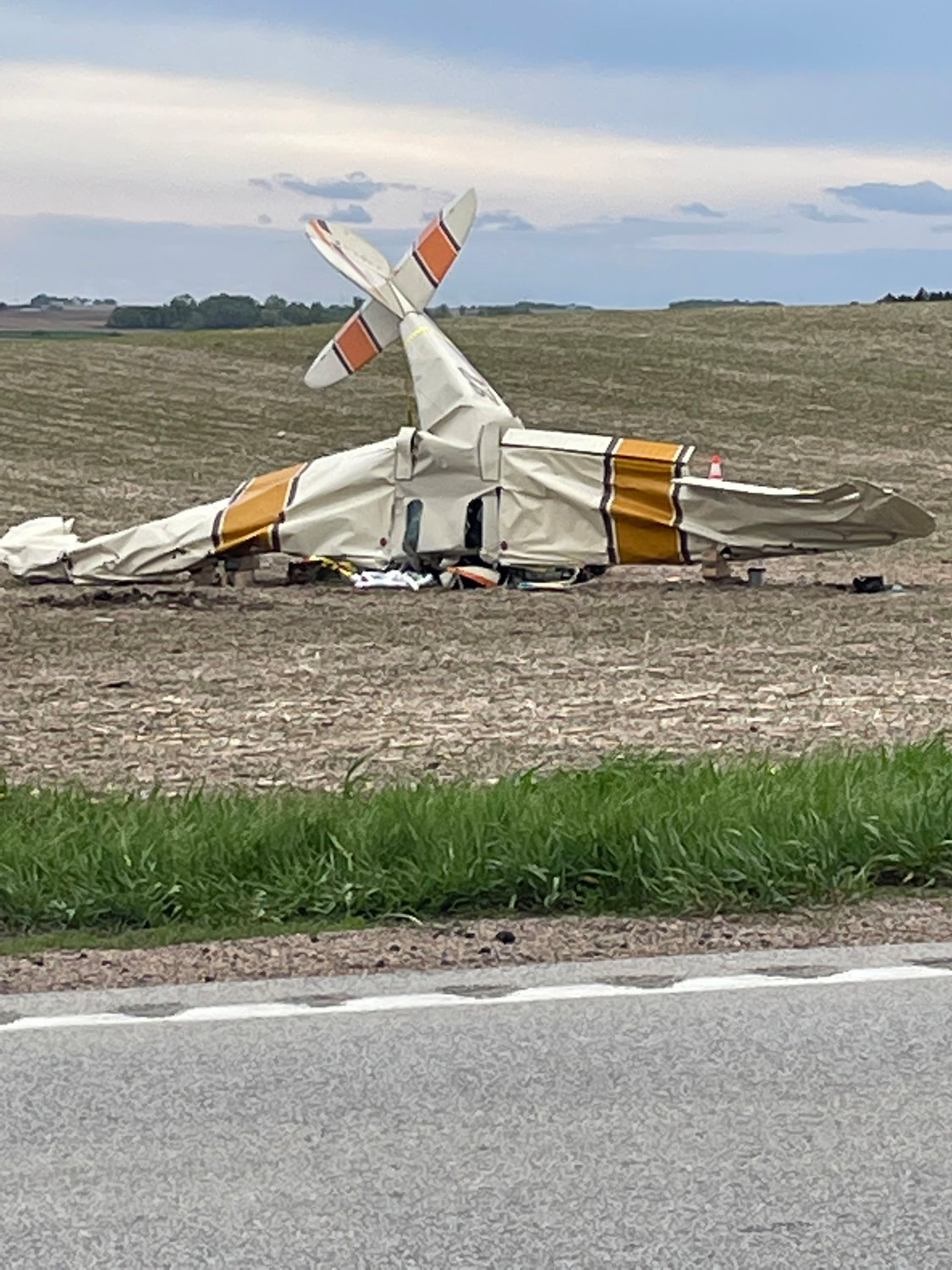 The pilot of this plane died when the the plane crashed in a field just east of the Wayne Airport on Friday evening.
Posted Saturday, May 21, 2022 10:47 am

The remainder of the 2022 MayDay STOL events at the Wayne Municipal Airport have been canceled due to an accident on Friday evening.

According to information from MayDay STOL organizers, "around 6:45 p.m., a pilot crashed on final approach at the Wayne Airport... and had what appeared to be a stall spin accident. The plane was solely occupied by its pilot who perished as a result of the crash.

The MayDay STOL organizers have made the decision to cancel the remainder of the events, which were scheduled to take place Saturday, May 21 and Sunday, May 22.

The accident occurred while pilots were taking part in traditional STOL competition.

Members of the Pierce Volunteer Fire and Rescue Department, along with Wayne and Cuming County Emergency Managers and the Providence Medical Center ambulance were at the airport when the incident occurred.

The Wayne Volunteer Fire Department and the Wayne County Sheriff's Department were also among those responding to the incident.

Grief resources are being provided to anyone who witnessed this event. In addition, anyone who is suffering through the grief, there are resources available through the AOPA Pilot Information center https://pic.aopa.org/home and Aircraft Casualty Emotional Support Services through http://accesshelp.org.

Additional details will be released as they become available.