No tuition increase at Chadron State, Peru State, and Wayne State for 2022-23 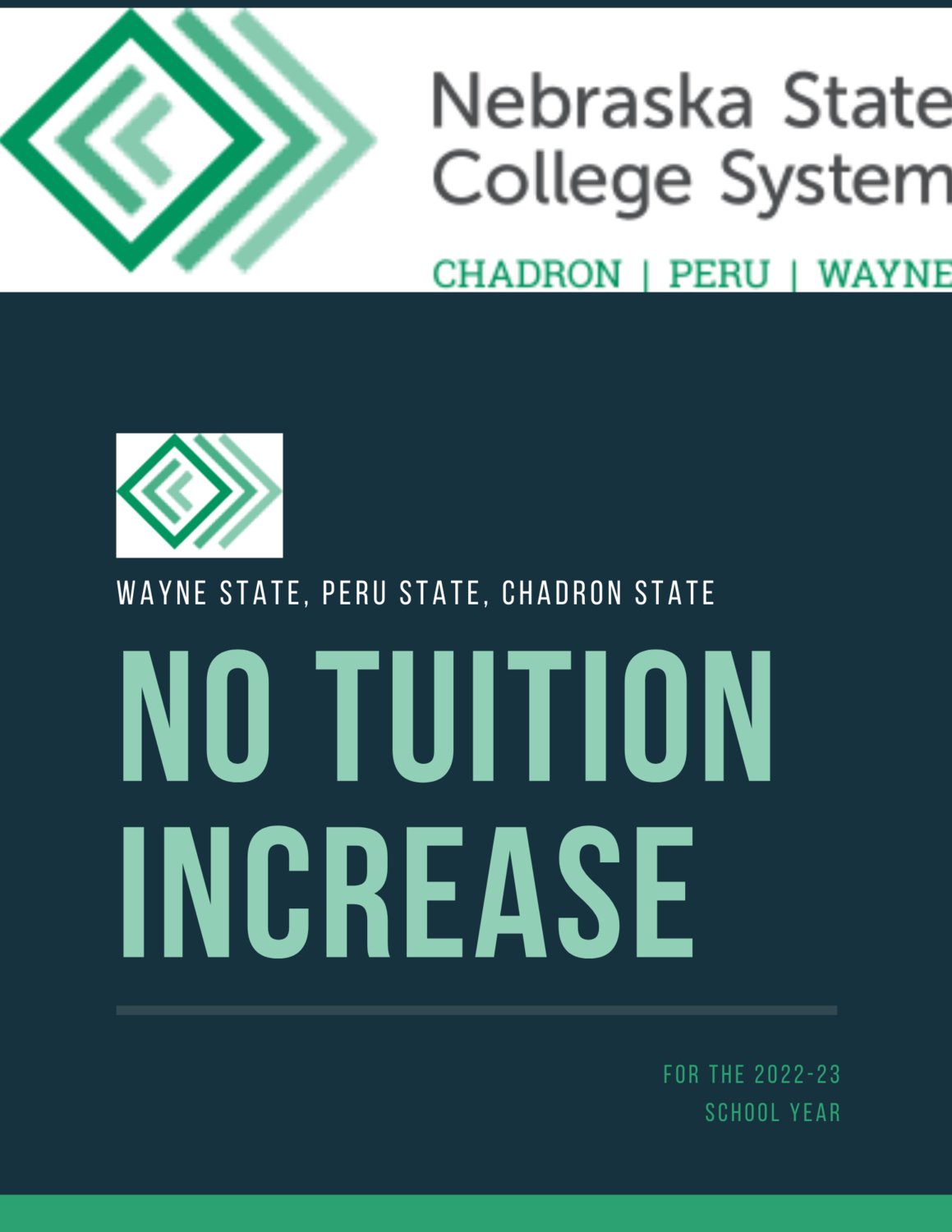 For the second straight year, the Board of Trustees of the Nebraska State Colleges froze tuition at the Chadron State, Peru State, and Wayne State Colleges for the 2022-23 Academic Year.

The Board also reduced the non-resident undergraduate tuition rate to match the resident rate in an effort to encourage out-of-state students to attend a State College in the hopes of further addressing Nebraska’s workforce shortage.

“At a time when students and their families are seeing rising inflation rates and increasing living costs, the Board of Trustees is seeking to ease that burden by managing our costs rather than raising tuition. Allowing our students to stay in school and complete their education by continuing to make a college education affordable for all Nebraskans,” said Jess Zeiss, Chair of the Board of Trustees of the Nebraska State Colleges.

According to Governor Ricketts’ statement on June 10, the Bureau of Labor Statistics reported that inflation is at its highest point in over 40 years. Consumer prices have gone up 8.6% over the past year – a 40-year high for America.

The tuition freeze applies to undergraduate and graduate; resident and nonresident students; and online rates. The State Colleges are able to keep the same rates due to the support of the Governor and Legislature.

“As Nebraska’s designated open-access institutions, it is vital that Chadron State, Peru State, and Wayne State College continue to be affordable for all students who dream of continuing their education,” states Dr. Paul Turman, Chancellor of the Nebraska State College System (NSCS). “We appreciate Governor Rickets and our State Senators for supporting our students, their families, and the NSCS. Affordability is one of the State Colleges’ highest priorities as we work to increase degree attainment in Nebraska.”

Graduate rates for resident and non-resident students also remained at the previous rate.

The Board also approved the continuation of the reduced online rates of $359.00 for Masters in Education.

ME in Curriculum & Instruction – Chadron State)

The Board of Trustees of the Nebraska State Colleges vote was unanimous.