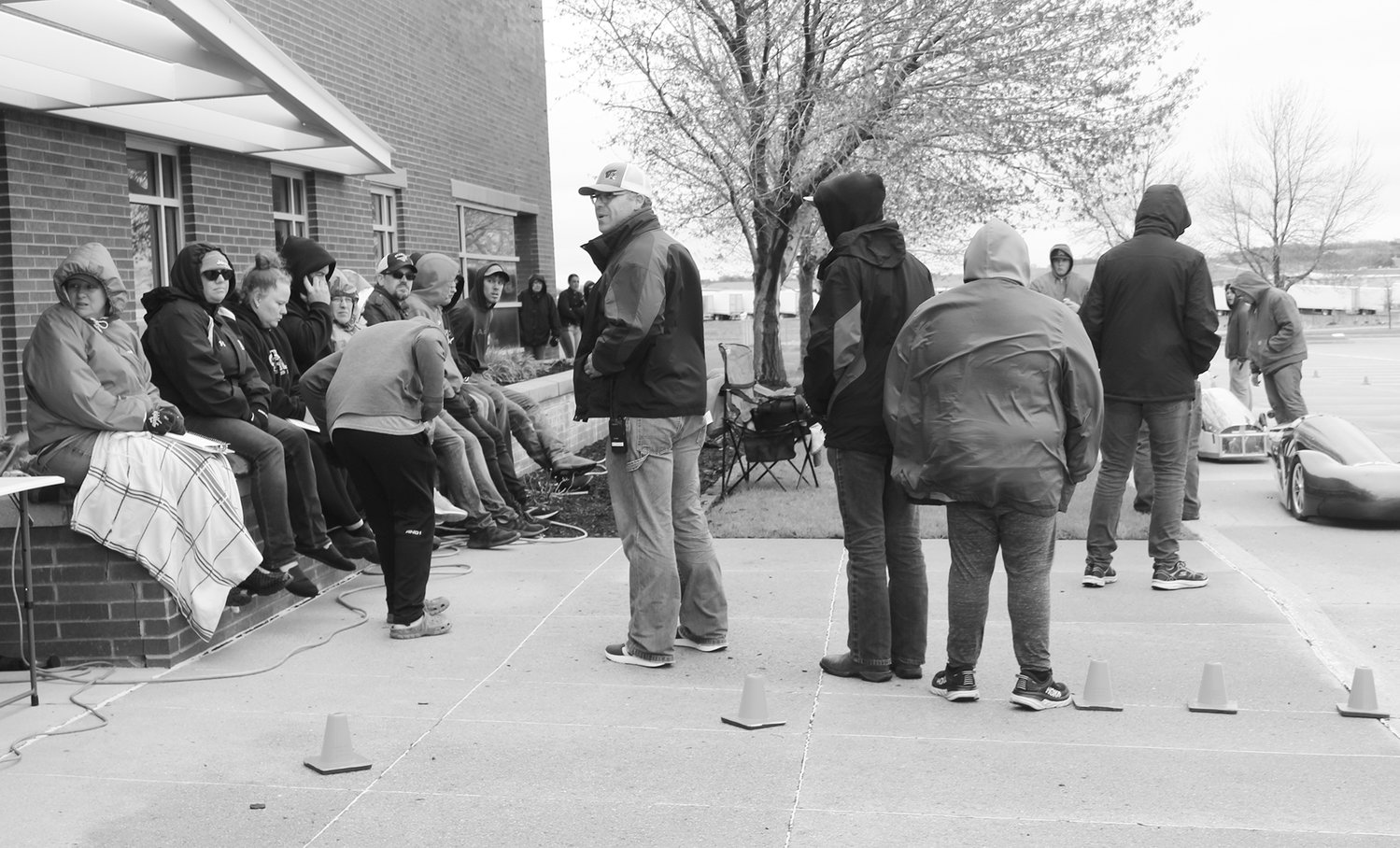 Despite less than ideal weather conditions, several team competed in state competition in Wayne on April 30.

Maneuverability - 125' slalom course where the car makes a run through the cones, turns around and comes back through.  Time from two runs are averaged, and the fastest time wins. 100 points possible

Braking - Braking efficiency is measured by how quickly the car can stop from 15MH.  100 points possible

Design and Construction - Cars are judged on a variety of design criteria and quality of construction.   100 points possible

Documentation - Students create a written journal about the car, the student's involvement in the project, and what they have learned.   300 points possible

Endurance - Cars race in a 90 minute rally to see which travels the furthest.   600 points possible

Overall - Points are added up from events to determine the winner, similar to a team score at a track meet.

A22 was the only car to finish the 90 minute rally, as all others had mechanical problems, or ran low on power.

Exhibition class cars compete only in the endurance event.

Season accomplishments for the team included:

16 awards were won this season;

A22 was undefeated in every competition it entered - Perfect season'