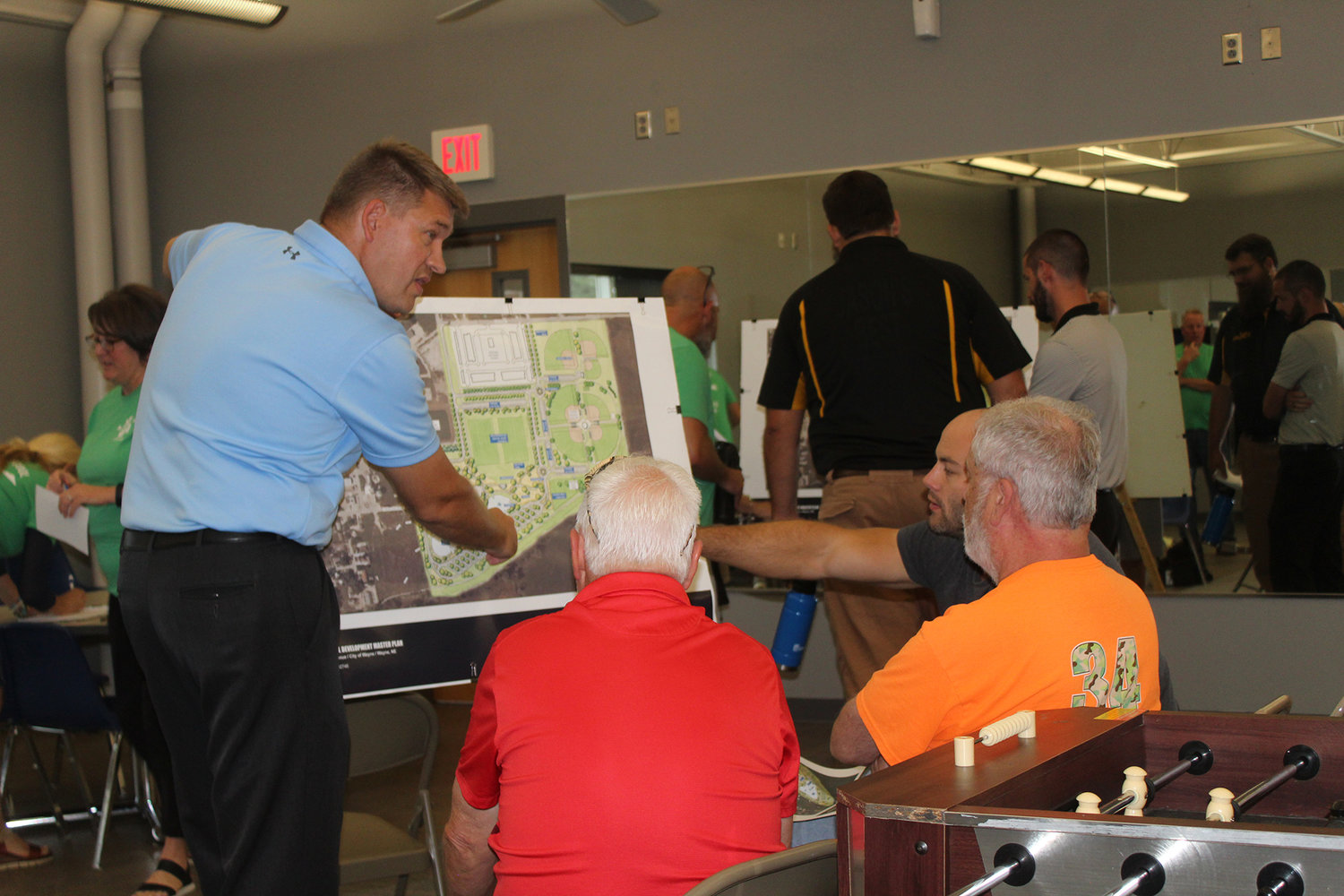 (Photo by Clara Osten) City Administrator Wes Blecke (left) explains some of the features proposed for the area that once was the city's lagoon.
Posted Thursday, July 28, 2022 12:00 pm

The Stool to Cool Taskforce hosted an open house at the Wayne Community Activity Center on Tuesday.

Community members were invited to view the draft concept of the old lagoon area in the southeast portion of Wayne.

Olsson had presented several drawings to the committee and city staff and suggestions were offered before arriving at the plan that was presented on Tuesday.

The purpose of Tuesday's open house was to allow for comments on the proposed plan for the area.

Among the features of the plan are a lake with approximately 17 camper sites beside it, additional ball fields (both baseball and softball) at the Summer Sports Complex and various other landscape features.

Attendees were encouraged to provide additional written and verbal feedback on the design.

The Wayne City Council could approved a design in the coming months and move forward with the development.

Anyone who was unable to attend Tuesday's open house is encouraged to contact the City Hall with comments.