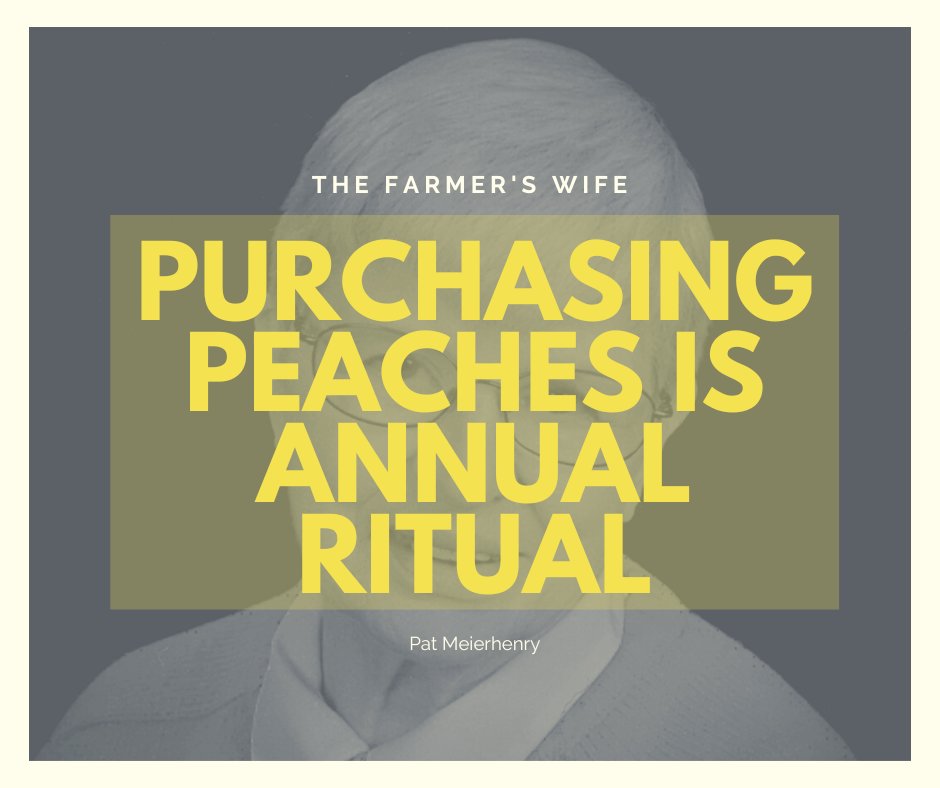 I just took a peach cobbler out of the oven, and it does smell good! I still have a few peaches to put in the freezer, too, but they might wait until tomorrow.

Every year, I get a box of peaches from the Murdock Lions. I mean, those Lions do not raise peaches, but they get a bunch from an orchard in Colorado and sell them as a fund raiser. And every year, it seems to me they have more customers, even though, also, every year, the peaches cost more.

Everybody knows the only good peach is a Colorado cling-free peach, right? So, they command an extra price, and I'm happy to pay it; so far.  Whoever it was that discovered the gene that made that stone pop out the way it does deserves a medal! And the Colorado peaches have had that trait for years. They were the only ones my Mom would buy to can. I learned from the master!

It's an end of summer ritual. Along with the first football game, the colorful mums for the porch, the smell of leaves burning, you know how it goes.

When I knew my peaches would be ready for pickup last week, I called the Ford garage where I got the  Escape and made an appointment for a recall part. I thought I may as well plan to spend the afternoon in Cass County.

Well, the part didn't take long, and then, I had three hours to kill until I could pick up the fruit. I had planned ahead and picked up a book at the library. I drove past SACC museum, and almost turned in, but decided on Mahoney Park instead.

If I wanted proof that school had started and it really is Fall, I could get it there. The horses were in their stables, the paddle boats were on the shore, the pool was not open, and even the dining room at the Lodge was closed. At first, I sat at a picnic table in a shelter, but eventually, the heat made that too uncomfortable and I headed for the air conditioning.

There was one other gal in the lobby, and she was on her laptop. I mean, she was really on her laptop! She did not look  up as I sat down opposite her, and she kept at it as I made a trip to the bathroom, checked out the T shirts and such in the gift shop, and finally, when I closed my book and headed for my car. No small talk today!

Then I headed to Murdock and picked up my bounty, exchanging greetings with several old friends.

I could tell that Cass County has had more rain than the rest of the state; the crops look good. I had to laugh at old friend, Dan, who said his beans need one more good rain. Typical Farmer; we could always use one more good rain.. He should be so lucky!

And that's one of the reasons I still buy Colorado peaches from the Murdock Lions; it gives me an excuse to check in with old friends. I asked the Murdock banker how long there had been a Lions Club in Murdock; he thought since the 30s or 40s. That's a long time! And of course, now, ladies can be members. Which makes for a better organization, right? And, when a lot of service groups are struggling for members, it seems to me this bunch stays pretty solid. They must be doing something right; and I bet it isn't just peaches!