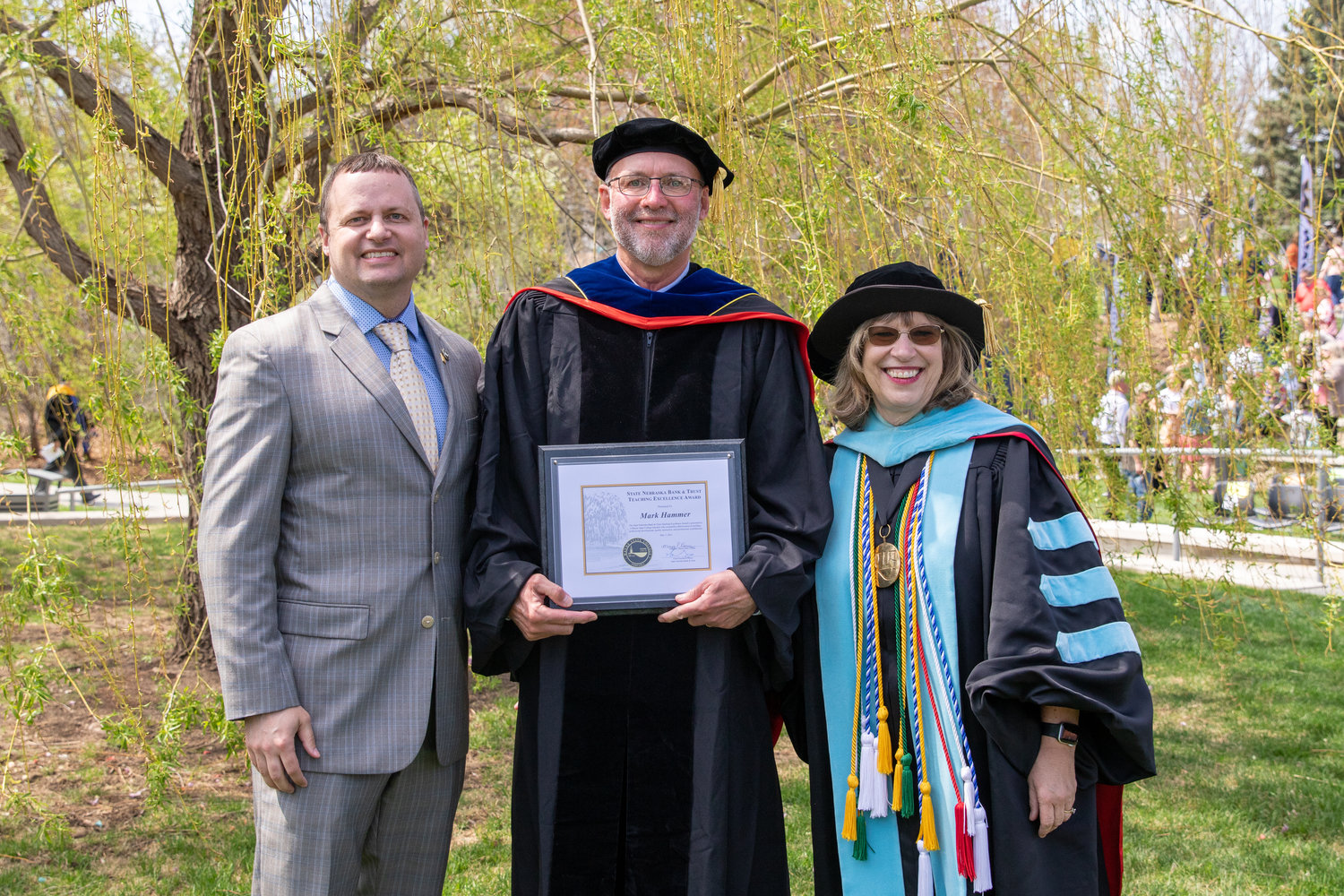 Hammer has taught at Wayne State since 1996.

David Ley, the bank’s chairman of the board, established the award in 1998 as a way of recognizing and strengthening outstanding teaching at Wayne State College. State Nebraska Bank & Trust has served the Wayne community for more than 125 years and supports the college in many ways, including numerous scholarships, capital investments, employment of students, and service on the Wayne State Foundation Board of Trustees.

Hammer earned his Ph.D. in plant science from the University of Arkansas-Fayetteville in 1992; his master’s degree in forestry from Clemson University in 1985; and his bachelor’s degree in forestry from Iowa State University in 1983. In addition to his work as a professor of biology at Wayne State, Hammer advises students who are interested in a career as a conservation biologist and students participating in the pre-Physician Assistant pathway in the Rural Health Opportunities Program (RHOP).

“I am especially honored to receive this Teaching Excellence Award from State Nebraska Bank and Wayne State College because of the College’s outstanding students, alumni, faculty, and staff,” Hammer said.