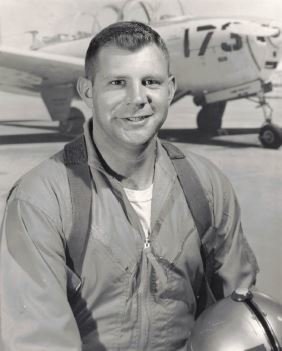 Charles (Charlie) John Koeber was born July 30, 1940 in Fond du Lac, Wisconsin. He attended high school in Wayne and graduated from the United States Naval Academy. He earned two master's degrees, an MS in Physics from the US Naval Postgraduate School and an MBA from UC Berkely. Charlie served as a pilot and aircraft repair facilities director during his military career. He flew through typhoons, landed jets on aircraft carriers and received and tested new planes from Lockheed.

Upon retirement from the Navy, Charlie led a second career as an environmental consultant for public schools in the California foothills.

Charlie enjoyed traveling in all part of the United States and in many countries around the world. Though he loved to fly, his favorite choice of transportation was the railroad, followed by cruise ships. He was an avid sports fan, especially the Oakland A's and the California Bears. He was an even more devoted friend and family man, taking every opportunity to attend Navy and family reunions.

Charlie was a devoted man of faith. He was an active parishioner and vestry member in St. Timothy's Church. He was a volunteer and board member for the Diablo Valley Foundation for the Aging.

On Aug. 24, 1963 Charlie married Cinda Morgan in Pensacola, Florida. They enjoyed 59 years together.

He was preceded in death by his parents.

Memorials can be made in his memory to the Wounded Warrior Project (https://www.woundedwarriorproject.org) or St. Timothy Orthodox Church, 4593 Central Way, Fairfield, California 94534.