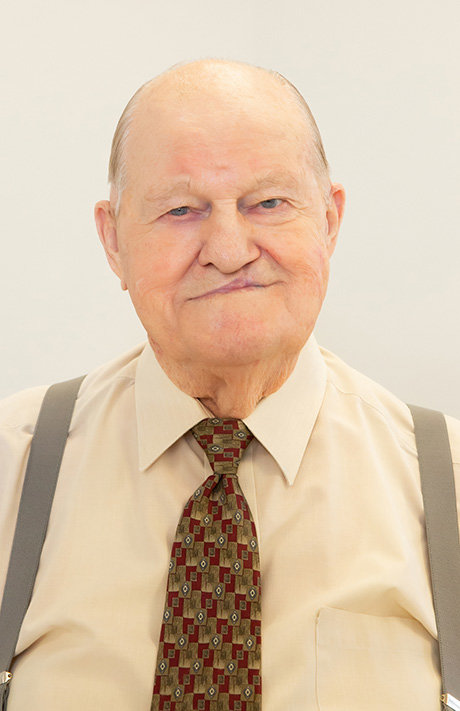 Donald A. Hochstein, 95, of Hartington died on Monday, June 20, 2022 at Providence Medical Center in Wayne.

Arrangements are under the direction of the Wintz Funeral Home in Hartington.

Donald Arthur was born on Feb. 10, 1927 to John & Rose (Schulte) Hochstein in Wynot.  He grew up in the Wynot area and graduated from Wynot High School in 1945. He married Elaine Helen Mary Burbach (daughter of Florenz and Veronica Lammers) Burbach on June 2, 1953 in St. James. After his marriage they lived in Laurel from 1954-1960. While in Laurel, Don carpentered and worked for the State of Nebraska Department of Roads.  In 1960 he and Elaine returned to the home farm northwest of Wynot. He raised livestock, milked cows, and raised row crops. Don was a member of Sacred Heart Catholic Church and the Holy Name Society while in Wynot.

Don retired in 1992 and moved to Hartington. He was a member of the Ministry of Praise and Perpetual Adoration at Holy Trinity Catholic Church.  Don was a member and past president of the Senior Citizens Center in Hartington. He drove School bus for Wynot from 1976 to 1992. After moving to Hartington, he drove the school bus from 1992 to 2011 until he had his 84th birthday. Don moved to the Embers Assisted Living in Coleridge in November of 2015.

Survivors include his 14 children, Jane and Richard Mehaffey of North Bend,  Ann and Lee Shepherd of Rapid City, South Dakota; Susan and Terry Hupp of Spearfish, South Dakota; Dale and Laura of Wayne, Kirk and Barb of Wayne, Joyce and Roger Paseka of Prague, Nancy and Doug Vrbka of Brainard, Brenda and Doug Hummel of Omaha, Neal and Sharlee of Wynot, Bette and Keith Becker of Hartington, Nick and Jessi of Wayne, Karl and Carroll of Ankeny, Iowa; Glen and Pam of Seward, and Greg and Stephanie of LaVista; 48 grandchildren; 53 great-grandchildren; and seven great-great grandchildren.