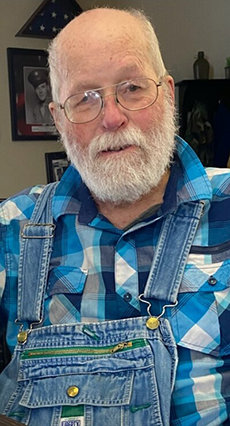 A Christian service with military rites will be held Tuesday, Aug. 16 at 9 a.m. at Concordia Lutheran Church in Concord. Burial will be in the Grand Island Cemetery in Grand Island. Visitation will be Monday, Aug. 15 from 5:30 to 7:30 p.m. at Concordia Lutheran Church in Concord. Memorials may be directed to the O’Brien family for later designation.

Hubert “Hugh” Eugene O’Brien was born on June 17, 1937 in Shelton to John and Mary (Hostler) O’Brien. As a youth, he lived on a farm and  played baseball. Hugh was a hard worker and worked at the gas station his dad operated and also had a paper route. He is a graduate of Grand Island High School and attended Wayne State College. Hugh worked for Peerless Irrigation, in Kearney, and later the Kearney Foundry. While serving in the United States Air Force from 1955 to 1961, Hugh was stationed at the Lackland, Texas Airforce Base, later in England, Germany, and the Lincoln, Nebraska Airforce Base. Hugh married Phyllis Louise Rehder Feb. 11, 1961 in Kearney. He helped many students as a high school instructor of Industrial Arts/ Shop and Driver Education in Cedar Rapids. He also worked at Brandt Construction and St. Lukes Nursing Home. Hugh remodeled their home in Cedar Rapids and built a new home in Kearney. He also helped his children remodel their homes.

During their marriage the couple lived in, Kearney, Coleridge, Cedar Rapids, Ponca, and then Wayne. During his retirement, Hugh worked at Sioux Tractor in Sioux City, Iowa. He enjoyed hunting,  jig saw puzzles, hunting, bowling and playing cards. He was always telling jokes and making people laugh. When he would hug a person and say goodbye it was a great big bear hug and if a neighbor needed help, Hugh was there to lend a hand … He was a very kind man.