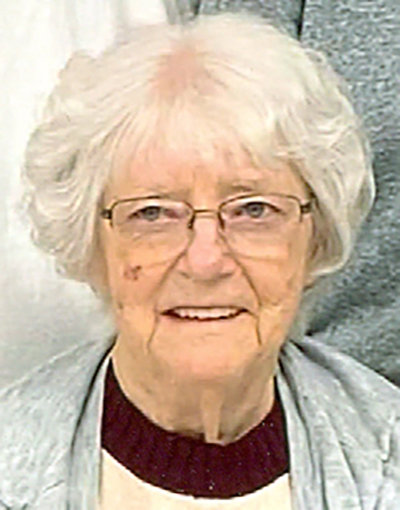 Memorials may be directed to Irene’s family for later designation.

Irene Mary-Aldina Meyer Fork was born Dec. 31, 1930 in New Haven, Missouri to Henry and Anna (Deppermann) Walkenhorst. She attended school in New Haven through the eighth grade, where she then worked in a factory until meeting her husband, Adolph Meyer. They were married April 25, 1948, and together farmed near New Haven until 1954. The couple moved to Nebraska and bought a farm near Winside and farmed until Adolph’s death in 1985. Irene resided at her farm until 1989. In 1992 Irene was married to Ed Fork until his death in 2009.

Irene was a member of Trinity Lutheran Church, Ladies Aid, Center Circle, Busy Bee’s and 4-H Leader for Helping Hands. She enjoyed her time quilting in Ladies Aid, putting puzzles together, word search puzzles and a good game of rummy. She also loved watching game shows and Hallmark movies. But most of all, Irene cherished her family and enjoyed spending time with her grandchildren and great-grandchildren.