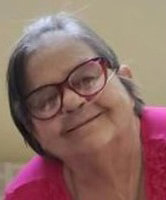 Memorial graveside services for Mary C. Tiegs, 82, of  Wayne will be held at 10 a.m. Saturday, Oct. 1 at Greenwood Cemetery in Wayne. There is no visitation.

Memorials may be directed to the Mary’s family for later designation.

Mary C. Tiegs was born Feb. 11, 1940 in San Francisco, California. She was put up for adoption in Omaha to get a better life. When she was five years old, she was adopted by Thomas and Margaret Reginek. She was their only child who was loved and completed their family. She then had a huge family. She grew up on a farm in Pierce. She had many farm animals and her best friend, Sam, her loyal dog whom she had for many years. She was of the Catholic faith. She graduated from the Pierce High School in May 1955. She married Stanley T. Malin Sr. on Feb. 18, 1960 and they had five loving children in their 11 year union. She then met the love of her life, Robert R. Tiegs and they married in 1973. She was married to him for 21 years before his passing. She worked in nursing homes as a nursing assistant then received a degree in counseling of death and dying. She then decided to go to nursing school, and graduated from Wayne State College in Wayne in 1985. She worked at multiple nursing homes in and around Wayne. Her passion was taking the best care of her patients. She moved to Pass Christian, Mississippi in June of 2010 to be close to her daughter. She loved the Mississippi Gulf Coast and driving up and down the coast. She enjoyed being close to her daughter as they enjoyed many outings together. She enjoyed seeing her grandchildren and great-grandchildren "Sweet Pea and Little Big Man." She was proud to be involved with AA in Long Beach and Pass Christian, Mississippi.  She was with AA for 43 years.