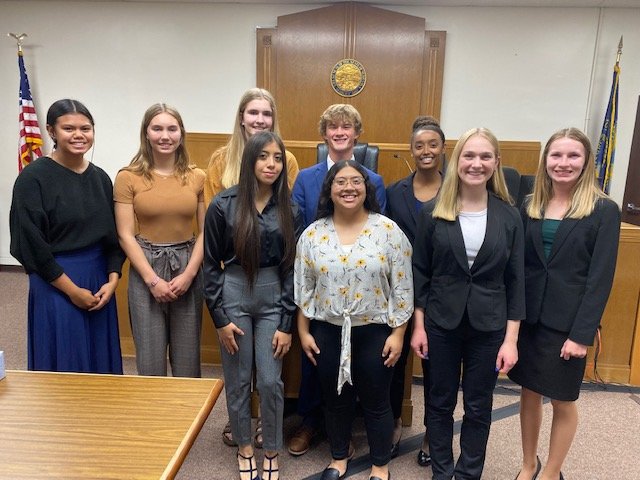 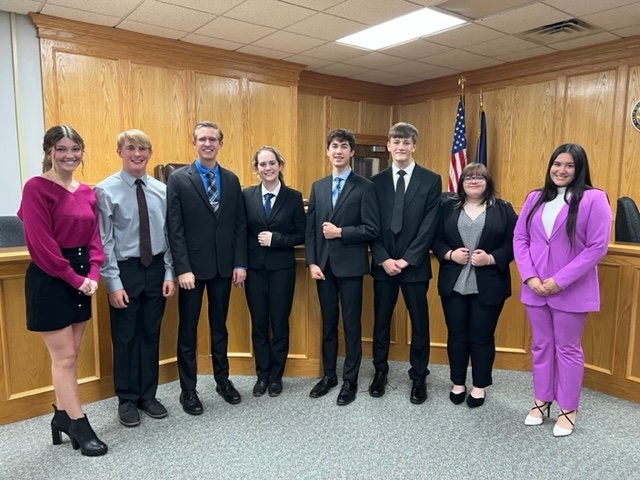 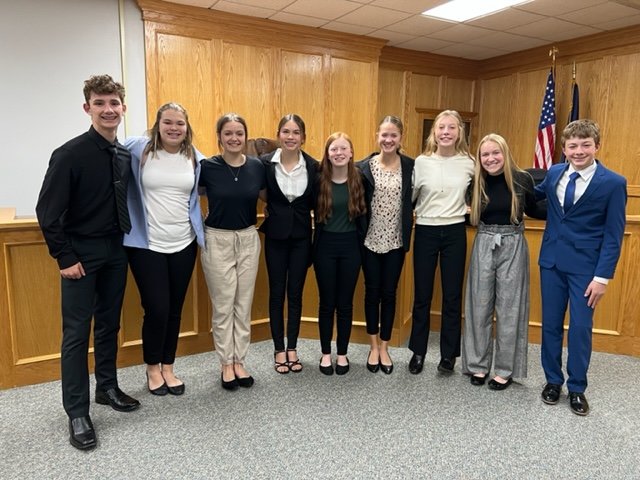 The Wayne High Mock Trial teams competed at the Dakota City Courthouse on Nov. 4 in the initial rounds of the Region 6 competition.

After a long day, all three teams came out of the competitions undefeated (2-0 each).

Wayne team #2 started their day as the defense and defeated Lutheran High Northeast #3.  They followed up their victory with a victory against Aspire from Fremont while presenting the Plaintiff.

Wayne team #1 found themselves in battles all day with very good South Sioux City teams.  They started out as the Plaintiff against SSC #1 and won narrowly.  They followed that up with another close win against another good team in SSC #2 while presenting the defense.

Wayne #3 began their day as the defense and defeated Aspire from Fremont. They then followed that up with a win against Lutheran High Northeast #3 while presenting the plaintiff.

All three teams now move on to the advanced regional rounds later next week with a chance to make it to the State competition in December.