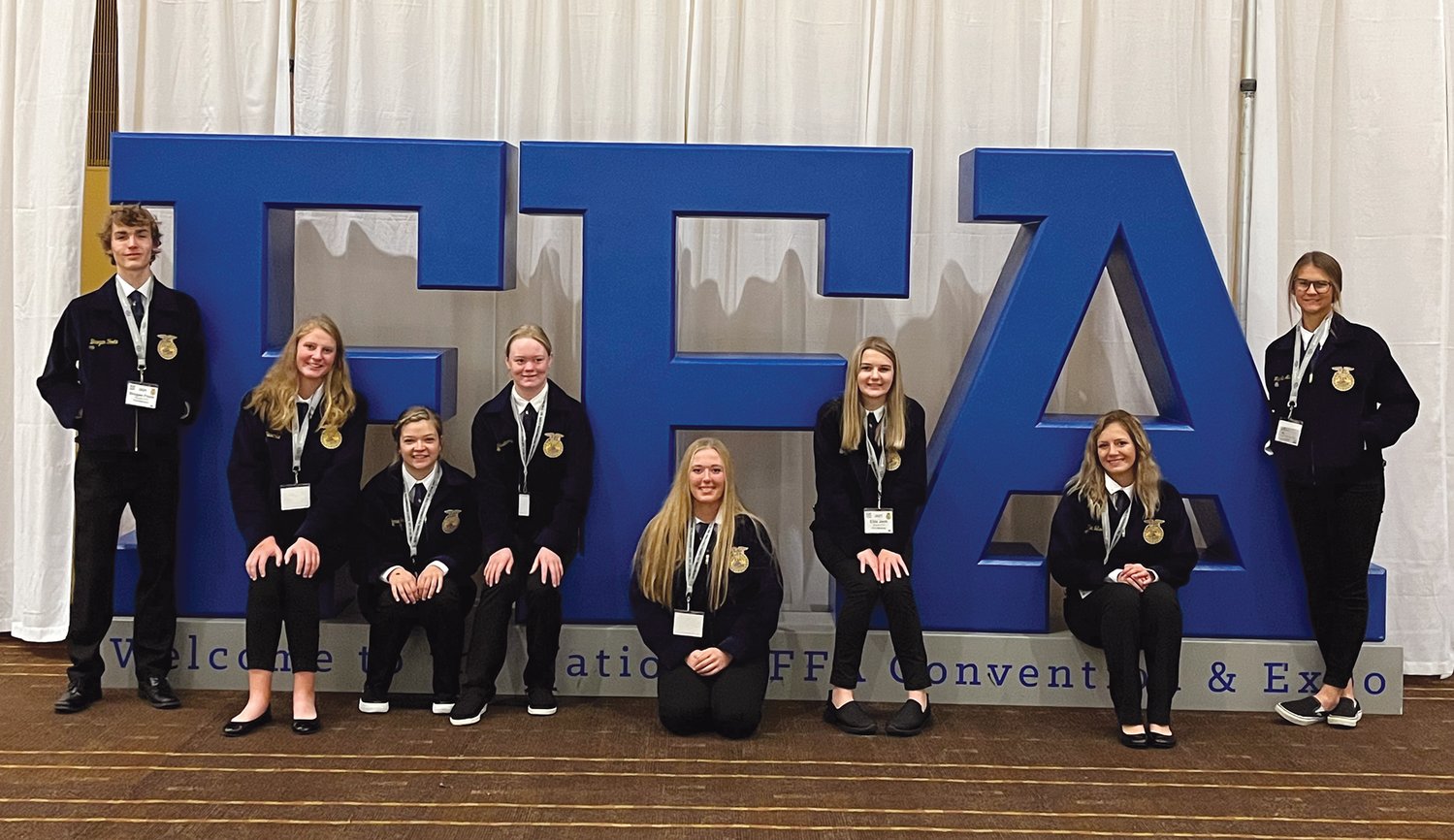 The students were selected to attend based on ranking of application and FFA points for their involvement with the local chapter.

The group traveled on Charter bus, leaving Wayne on Oct. 26 and returning on Oct. 30.

The Wayne Chapter received a National Chapter Award, earning three out of three stars for excellence in the three areas of Growing Leaders, Strengthening Agriculture, and Building Communities

While at the convention, members made a video with photos themselves and the jackets of students from 48 of the 50 states.

Chapter members spent the time at the convention attending sessions, watching keynote speakers, listening to retiring addresses, and being part of the awards ceremony.

They attended workshops about how they can advocate and help others be ag literate and watched the finals competition of Conduct of Chapter Meetings which is a parliamentary procedure event.

Casey Koenig was the first member of the Wayne FFA chapter to earn an American FFA degree. There were a total of 140 members from Nebraska to receive this honor.

"I think it was a great experience getting to know about the different agricultural backgrounds around the United States. It was cool talking to another ag teacher from New York," said FFA member Ellie Jech of the exeperience.