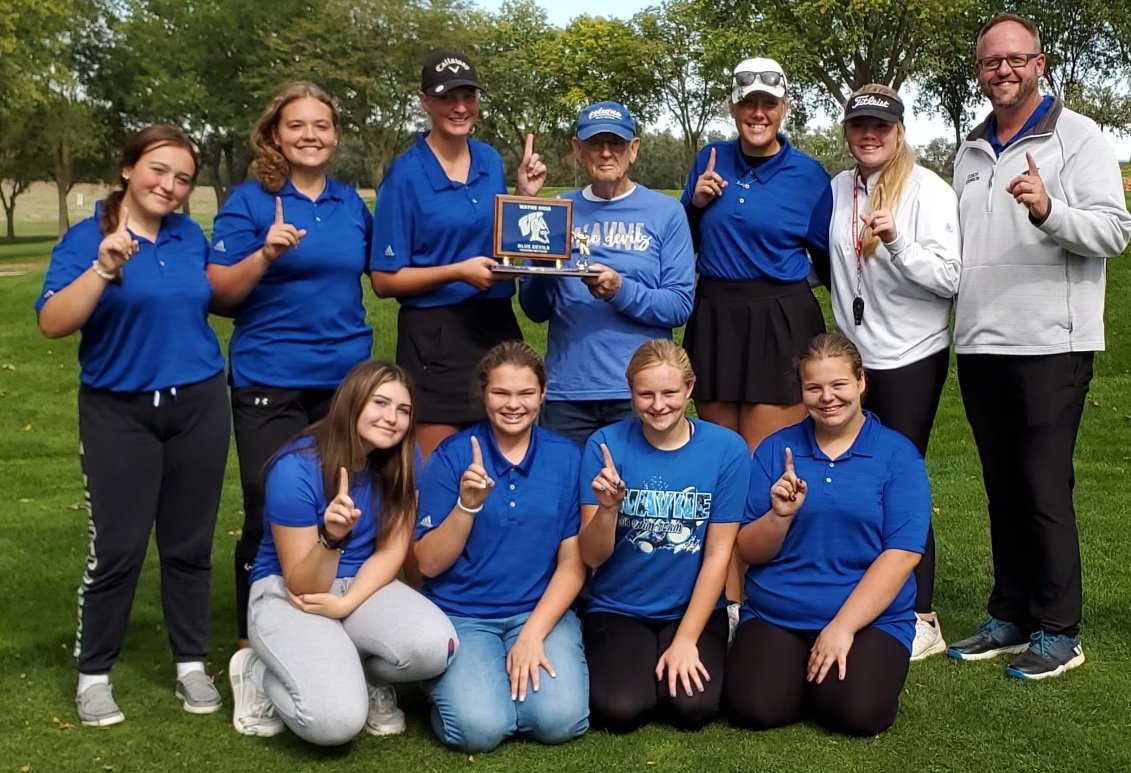 In what is believed to be a first for the Wayne High girls golf team, the Blue Devil linksters claimed top honors at the Richard Matteer Invitational, held Thursday at Wayne Country Club.

In what could be a preview for the district meet that will be held here in less than two weeks, the Blue Devils outshot fellow district foes Columbus Scotus, LCC and O'Neill to claim the team title.

Riley Haschke shot a personal-best round of 82 to finish as runner-up among individual golfers, finishing three shots behind defending Class C state champion Cecilia Arndt of Columbus Scotus, who shot a 79 to take top honors.

Joslyn Johnson also earned a medal for Wayne, placing third with an 88. Lindsay Niemann and Carli Canham both missed a top 20 medal finish by two shots, each finishing with rounds of 103, while Charli Sievers rounded out the team effort with a 110.

LCC had two medalists at the meet. Sarah Karnes was fourth with a 90 and Delaney Hall placed 17th with a 99. Maddy Graham shot 104, Clara Brummels had a 111 and Skylar Swanson shot 117 for the Lady Bears varsity.

LCC hosts its own invitational on Saturday at Cedar View Country Club in Laurel. Wayne will be among the teams competing.