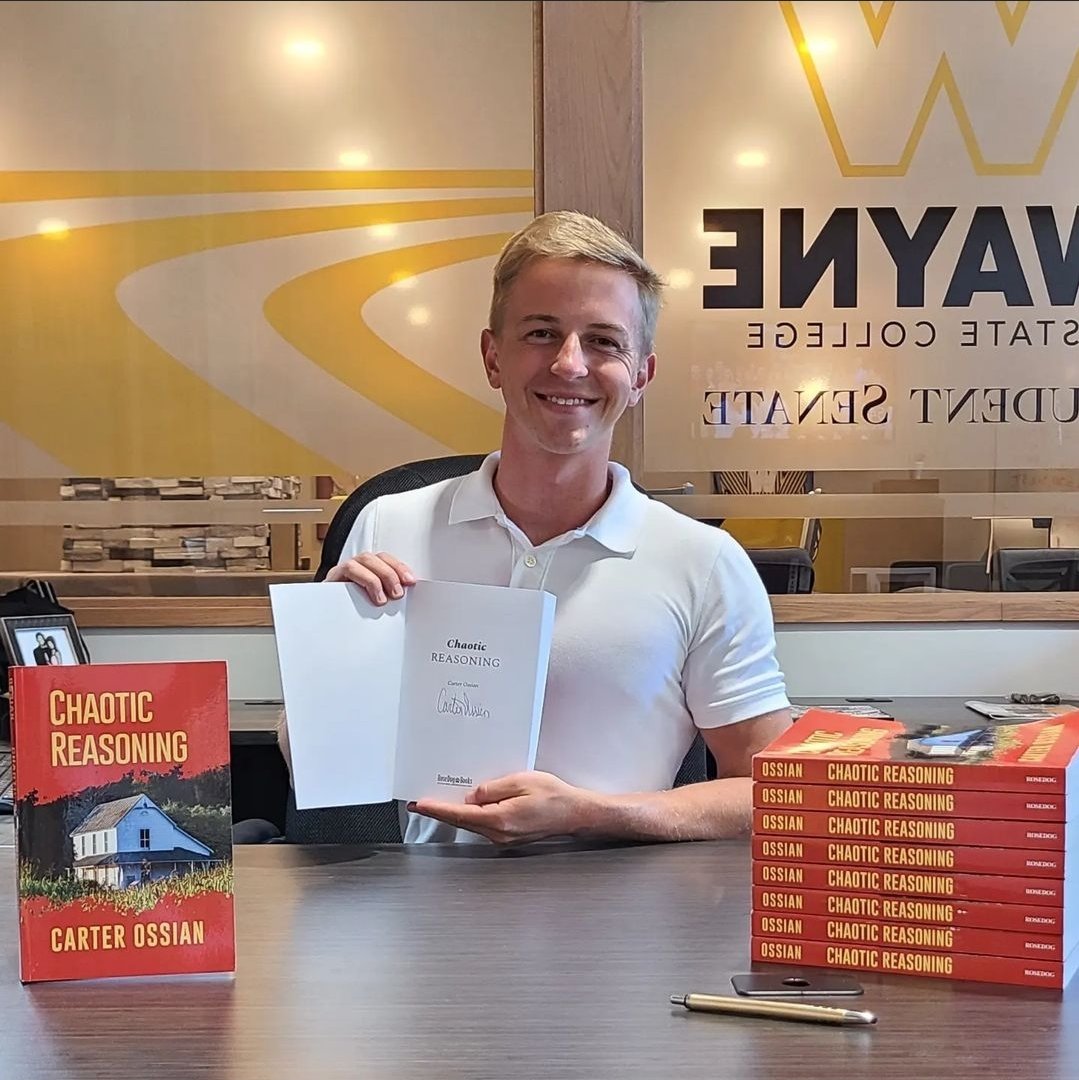 Mirroring the direct foreshadowing in Shakespear’s Romeo and Juliett, Ossian hints at the events to come in the first few pages, including revealing the small pool of suspects.

This murder mystery novel follows the story of five siblings who come back together after much time apart to care for their father in the wake of their mother’s death.

Even though they could not have more differences, they work together to purchase an old, rural farm estate for their father in hopes to rejuvenate his vitality for life. After a while, this seemingly innocent action takes a sinister turn.

A couple of nefarious events lead to them being stranded and losing all sorts of communication, including their phones. Then, a building holding their vehicles burns down, leaving them stranded.

One by one, the siblings, in increasingly suspicious ways, begin to suffer horrendous accidents, eventually turning fatal. Suspicions arise as the group slowly comes to the horrifying realization that the murderer is one of them.

As the title of the book states, the certain sibling has extremely chaotic reasonings for their actions. Ossian chose this simple, catchy title because it incites a feeling of impending doom that perfectly encapsulates the unfolding of events.

Marcellus had assigned a final paper, giving the students the creative freedom to tell a story about anything they wanted. Ossian’s 10-page project acted as a condensed version of his now full-length novel.

The author said Marcellus gave him the confidence to pursue this story further after workshopping it in class, saying he could turn the story into a full manuscript someday. He remembered laughing at the time, brushing off the sentiment. Now, three years later, the physical copy can be purchased from Barnes and Noble, Amazon, Goodreads, Google Play and countless other independent bookstores across the country.

The English education major decided to fully commit to writing this book and use it for his honors project. He also worked to ensure Chaotic Reasoning would fit in the Young Adult genre, finding a place in high school and college libraries.

“I wanted to employ some of the themes in poetic language that I've seen in some of my other courses that I've taken,” Ossian said. “And to build it around the style of language that could be easily placed in like a high school or college library for young adult literature.”

Keeping the story on track with his envisioned verse became one of his biggest challenges. To remain in the right mindset for writing, he kept to a tight schedule of writing one page, then reading 10.

To gain motivation and inspiration, he turned to his favorite author of all time, Agatha Christie. Ossian expressed that Christie takes up a great portion of his list of most treasured books.

While adding descriptions and backstory to the tale, Ossian also drew inspiration from his own life. He grew up on a rural farm plot with two older sisters and used memories of sibling disagreements to describe the characters in the beginning. His father, also a published author, played a role in the drafting process as well, offering advice and support when needed.

After the writing process, the search for a publishing company began. Ossian remembers the nerve-racking feeling of sending out work he poured hours into, hoping it would be accepted. After each of the four companies he reached out to said yes, he selected Dorrance Publishing located in Pennsylvania.

He had chosen this group because of their direct roles in creating a cover, providing a team to aid in the drafting and revising process and publicizing the book on social media.

To anyone thinking about authoring a book, or wishing to know how to finish, Ossian wishes to offer the advice of patience.

"[You need to] recognize some days are going to be good days for writing and some days you won’t even want to think about it because you can't even stomach it,” Ossian said. “Be able to set those days apart to give yourself that break because you need it, or else you will get writer's block. And then if you are forcing yourself to write, that's not good writing. You should only be writing because you want to.”

The book is dedicated to Joey and Deb Ossian, the author’s parents, and Stephanie Marcellus, stating “whom without this would have been only a dream.”

As a senior in college, Ossian does not intend to jump into another lengthy project amid other final projects and post-graduation plans. However, his creative mind has already begun formulating his next adventure.