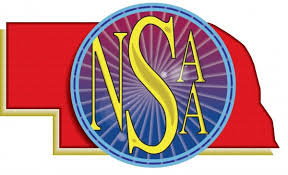 Both Wayne and Tri County Northeast are bringing up the rear after the first day of the Nebraska State Boys Golf Championships.

In Class B action at Scotts Bluff Country Club in Scottsbluff, the Blue Devils shot a first-day round of 378 and trail first-day leader Norris (304), along with Omaha Skutt (307) and York (316), who lead the way after the first day of the 36-hoe event.

Individually, Tanner Walling is one of seven golfers tied for 23rd after shooting an 82 on the first day. Bo Armstrong is tied for 45th with an 87, followed by Drew Sharpe (90), Camron Weaselhead (118) and Kyran Bartos (119).

In Class C competition at Columbus Elks Club, the Wolfpack carded a 389 to finish the first day in 14th place in the 15-team tournament with a round of 389. Host Columbus Scotus shot 330 to take the-first day lead by three shots over Doniphan-Trumbull, who is six strokes clear of Tekamah-Herman in the race for second place.

The Wolfpack were led by Garrett Blanke, who is tied for 33rd after the first day with an 88, followed by Nathan Oswald with a 91, good for a tie for 44thj place. Ben Jorgensen shot 95, Ryan Anderson had a 115 and Brody Floyd shot 120.

Action continues tomorrow at both courses with tee-times starting at 9 a.m.

5 common auto collision repairs and how much they cost

10 of the most spectacular casinos around the world