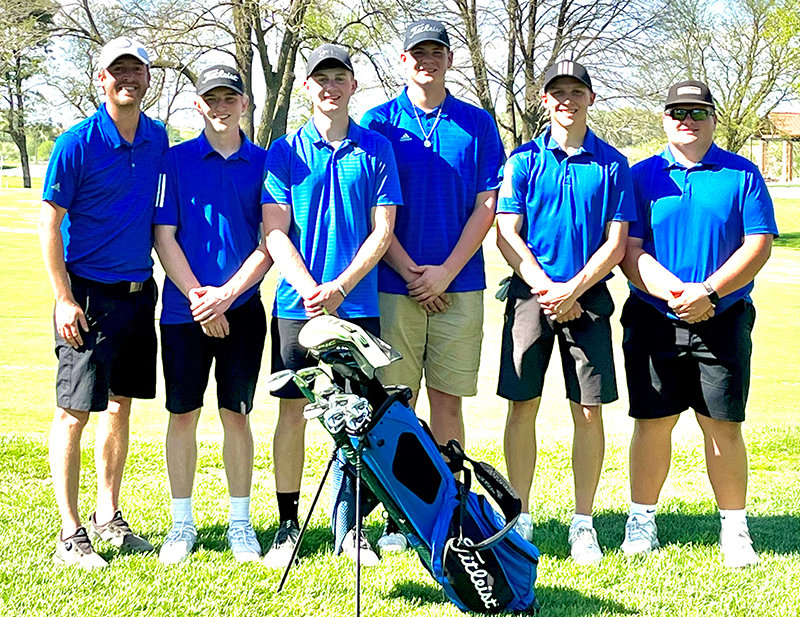 The Wayne boys had three golfers finished in the top 10, but needed two playoff holes to make it a team trip to state.

Mount Michael ran away with the team title with a 307, finishing 38 shots ahead of runner-up Columbus Lakeview’s round of 345. Wayne and Bennington tied for third with a 352.

Mount Michael’s four scoring golfers finished in the top six, with Jacob Goertz firing an even-par 72 and Trevor Gutschewski adding a 73 to place second. Wyatt Torczon was fifth and Sawyer Thompson was sixth, both carding rounds of 81.

Senior Tanner Walling made the most of his final appearance on the home course. The Northeast CC recruit shot a 77 to finish third overall, five shots behind Goertz.
Fellow senior Drew Shapre was ninth overall with an 82 and Bo Armstrong took the 10th spot with an 83.

Rounding out the Blue Devil round was Kyran Bartos with 110 and Cameron Weaselhead with a 116.

Wayne will compete in the Class B State Boys Golf Championships Tuesday and Wednesday in Scottsbluff. Tuesday's tee times for the Blue Devils are as follows:

5 common auto collision repairs and how much they cost

10 of the most spectacular casinos around the world