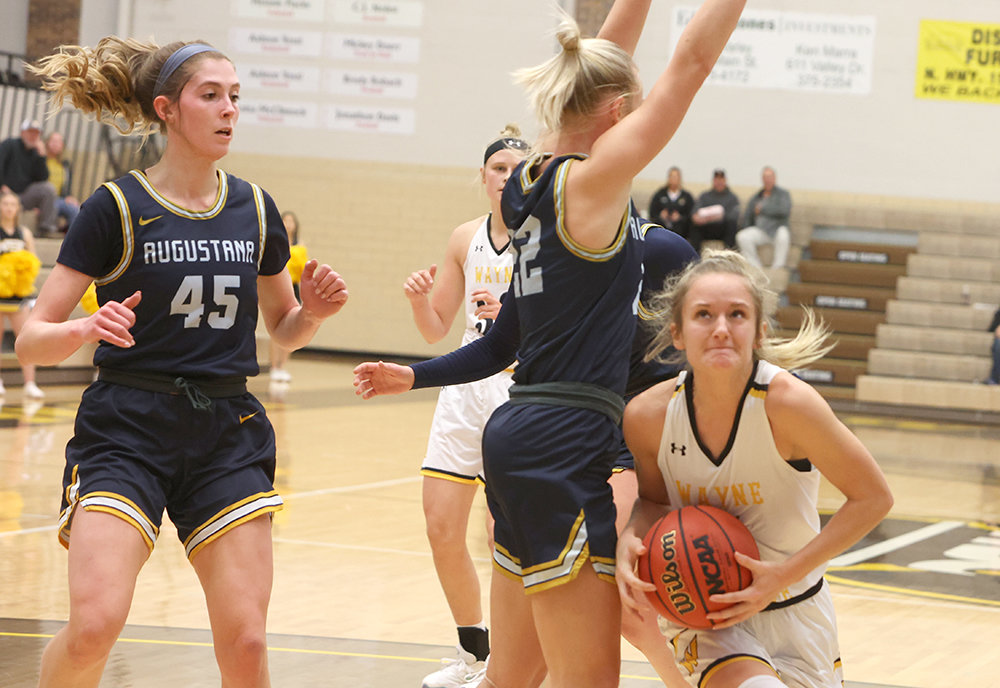 The Wayne State men’s and women’s basketball teams both had successful debuts in Northern Sun Conference play Tuesday as they were able to beat Augustana’s men and women at Rice Auditorium.

In the women’s game, Wayne High alum Kylie Hammer scored a career-high 24 points and the Wildcats were 10-of-24 from 3-point range as they beat the Lady Vikings 73-61.

Hammer’s game-high 24 points included an 11-of-15 effort at the free throw line. She also matched a career high with nine rebounds.

Logan Hughes added 13 points, Kassidy Pingel scored 12 and Maya Fitzpatrick had 10 for the Wildcats, who improved to 3-1 overall and are 1-0 in NSIC play.

The two teams went back and forth early in the game until Jay Saunders’ 3-pointer gave Wayne State the lead for good at 17-14 midway through the first half.

Wayne State led by as many as 10 on a Jordan Janssen layup in the final minute of the first half and took a 32-25 lead into the locker room.
The Wildcats led by as many as 13 with 12:15 to go in the game, but Augustana made a game of it and cut that lead down to two points on three different occasions. Wayne State made 5-of-6 free throws in the closing minute to seal the victory.

Janssen led the Wildcats with 14 points to go with nine rebounds and three assists. Justin Eagins added 13 and Saunders had 10 as three Wildcats finished in double figures. Ben Dentlinger had a career-tying five blocks in the win.