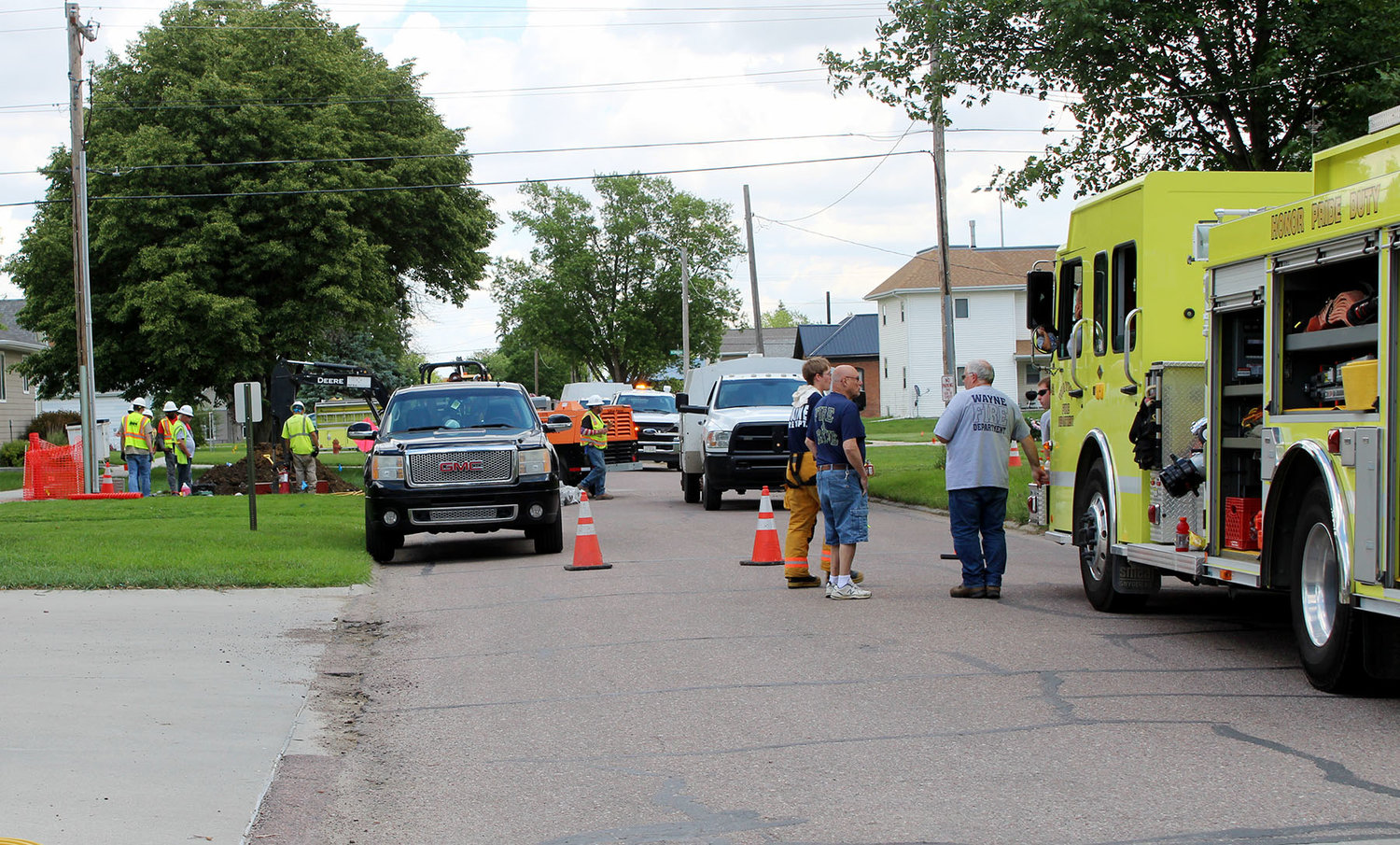 The Wayne Volunteer Fire Department was on the scene of a gas leak for more than three hours on Wednesday.

At approximately 11:30 a.m. employees of Black Hills Energy were working on installing new lines on Fourth Street, between Logan and Nebraska Streets. The crews hit a second line located in the same area that they were not aware of.

State laws require the fire department to remain on scene until the repairs have been completed.

Firefighters returned to the fire hall just after 3 p.m.

No one was injured in the incident.