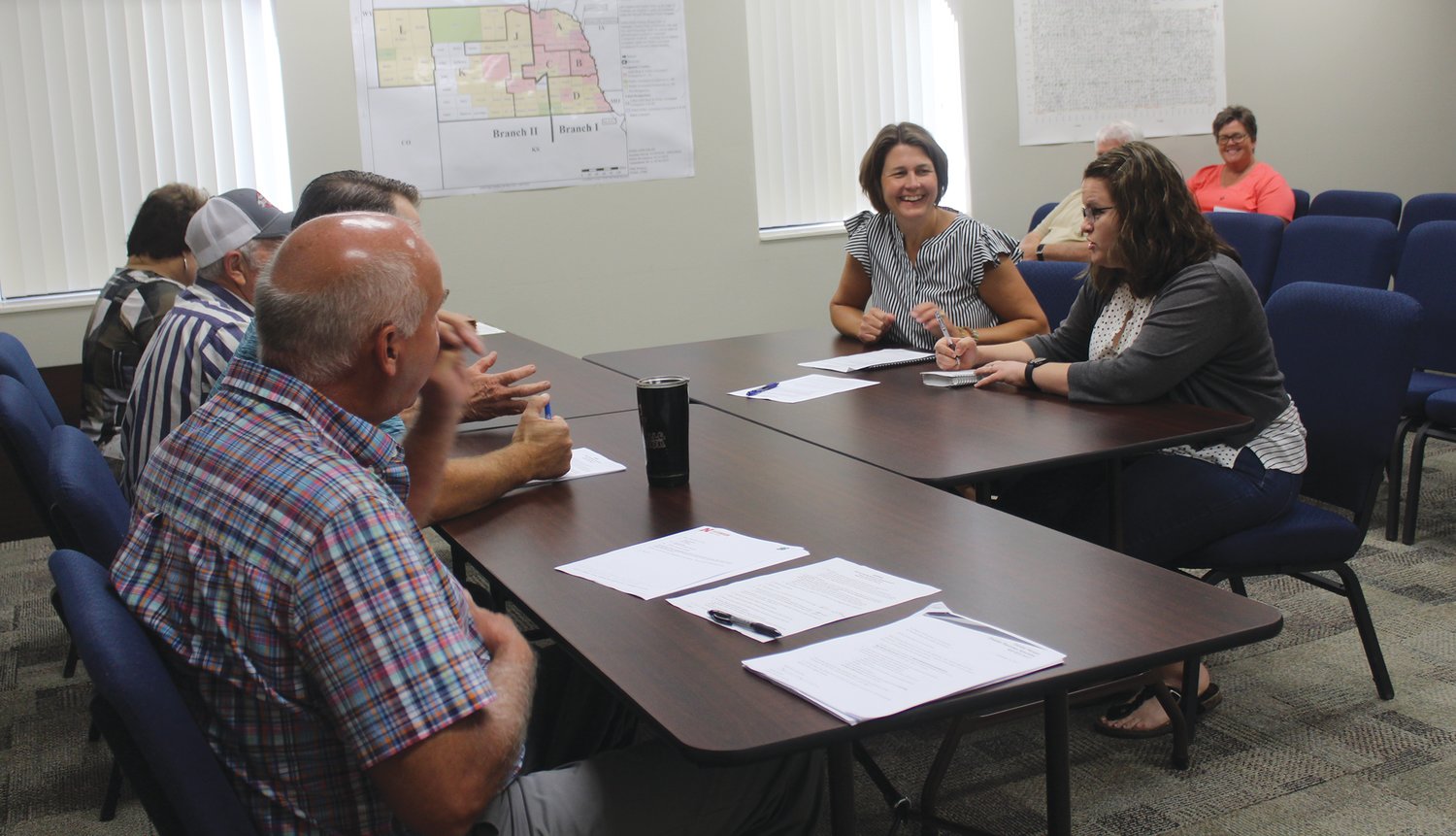 Commissioners approved American Rescue Plan Act (ARPA) grant funding to two fire departments in the county and discussed how much of the money allocated to Wayne County should be kept for county projects during Tuesday's Board of Commissioners' meeting.

Sandra Hansen, who has been responsible for working with these entities said that should the Hoskins request come in at the amount anticipated, there would be approximately $876,673 left in the amount allocated to the county.

In other action, Amy Topp with Nebraska Extension, introduced Julie Schultz, who has assumed the duties of Extension Educator for Wayne County.

Schultz, who resides with her husband in Pierce, has seven years of experience as an Extension Educator  and has worked with First Lego League for nine years.

Schultz's office will be located in Wayne County and she will also have 4-H duties in Pierce County.

On a related note, the Extension office requested permission to purchase a SPIKE Prime Robot and Expansion Kit for the First Lego League. It will replace a robot that was purchase in 2018. The $505 purchase was approved by the commissioners.

He said that the Ag Society has brought in people to look at the website and a number of modifications have been made. He told the commissioners that photos and videos have been added to the site.

Commissioner Terry Sievers asked about the listing of times and events in the 4-H/FFA portion of the fair and it was found that under a different category, these events are included on the website.

Additional work will be done to make the website easier to navigate.

Highway Superintendent Mark Casey updated the commissioners on several items, including the list of roads and bridges that will be submitted to the engineering firm of Mainelli Wagner for a future bond project.

Casey told the board that the surveys and wetland information should be completed before the end of the growing season.

He also discussed funding options for the projects and time frames with federal guidelines.

Jon Canon, Executive Director of the Nebraska Association of County Officials (NACO), updated the commissioners on a number of items his office is involved with at the present time.

He told the commissioners that he is currently visiting with county boards across the state and a number of common issues are being discussed.

Canon also told the board that there will be at least 16 new senators in the Legislature for the next term.

His final topic for the board was that of cyber security in county offices.

County Clerk Deb Finn said Wayne County has already taken measures to protect information in both the courthouse and other locations in the county.

The Wayne County Board of Commissioners will next meet in regular session on Tuesday, Oct. 4 at 9 a.m. in the courtroom of the Wayne County Courthouse.