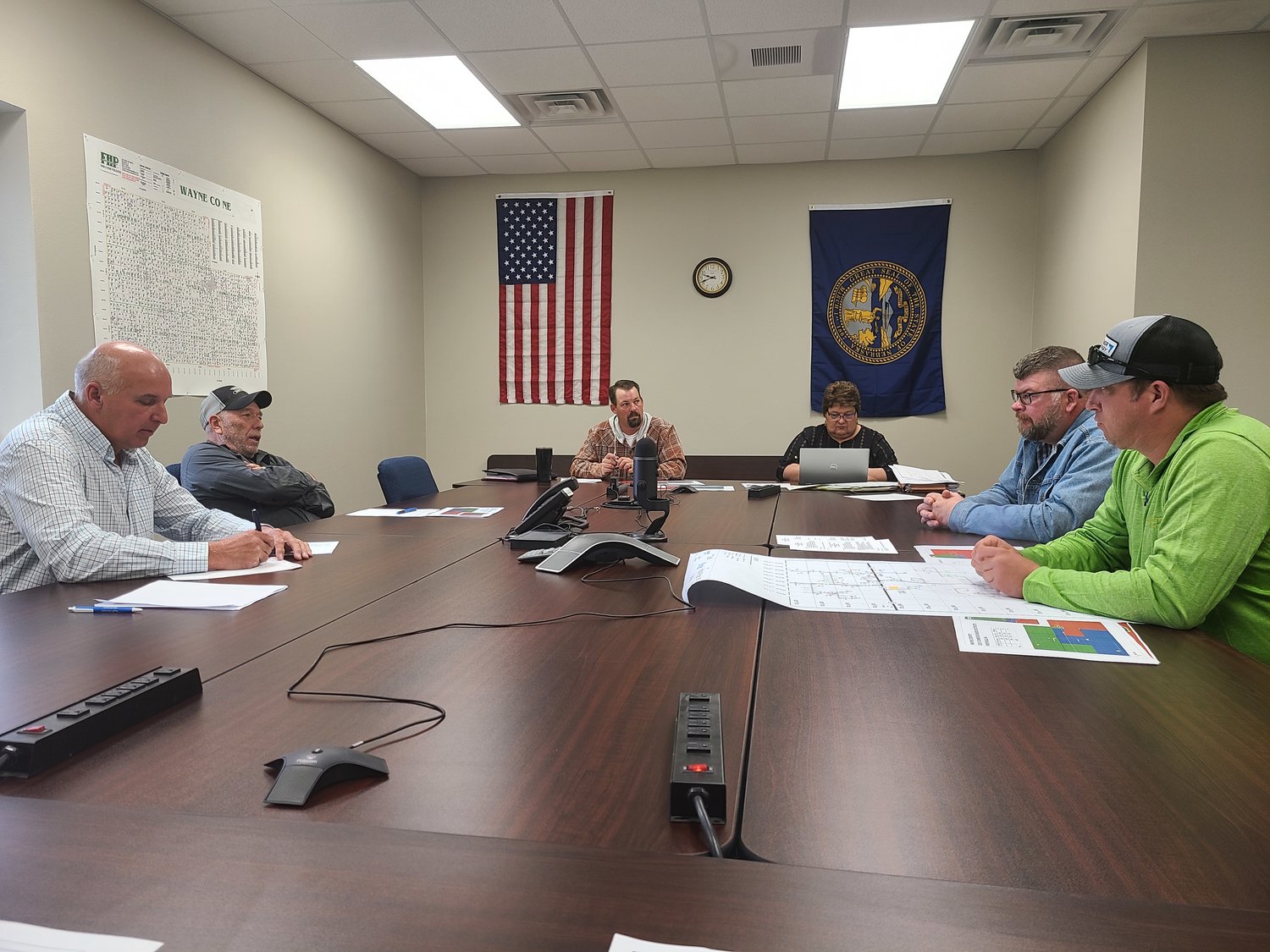 At Tuesday's meeting, the Wayne County Commissioners discussed and voted on many things.

First the Commissioners took action on Resolution No. 21-24 for authorizing Wayne County's participation in the Northeast Nebraska Economic Development District. Dean Burbach, District 2 Commissioner, represents Wayne County on the NNEDD board. They changed some words in the agreement that added  “including CDBG Administration.” After, the Commissioners discussed the County Burial application and approved it.

Following, the Commissioners approved three Highway Allocation Fund Pledge Bond payments for series 2014, 2019 and 2021. The payment date will be Dec. 15.

A public hearing concerning the proposed commissioner voting districts was then held. The Commissioners explained the new districts that they had set up with the help of Deb Finn, County Clerk and Amy Miller, County Attorney. The new districts are supposed to be split equally between the three Commissioners. Each district is meant to have around 3,232 residents but with most of the population making up Wayne County being District 1 within the City of Wayne, the group worked together to get similar numbers for Districts 2 and 3. They split up the City of Wayne between the three to accomplish this and make sure that each district is within 5% of each other. Once the public hearing finished, they voted on and moved forward with the new voting districts.

Finally, members of Bradley Construction Management, Haystack Wind Project provided updates leading up to Thanksgiving. They plan to send some crews home that won’t return as work ahead of winter comes to an end while other crews will be sent home after they’re complete as more parts in the following weeks.

There are a total of 14 of the 2.4 KW turbines that have been online and they are completing about four turbines on average a week depending on weather and high wind. They hope to keep going as long as they can until the winter weather sets in.