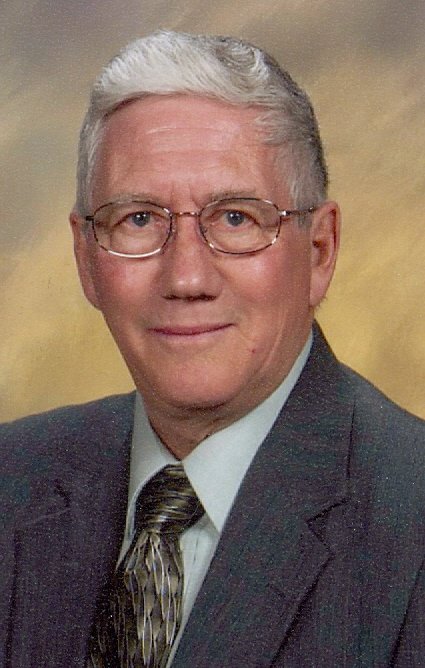 Memorials may be directed to Our Savior Lutheran Church Foundation or the Darrel and Phyllis Rahn Scholarship at Wayne State College.

Arrangements are with Hasemann Funeral Home in Wayne.

Darrel Gene Rahn was born at home on a farm near Newcastle on June 22, 1939 to Max and Lola (Rickett) Rahn. He was raised on a farm near Dixon, attended rural school District 85 and graduated from Dixon High School in 1956. He attended Wayne State College from 1956 to 1958. He then joined the Army, serving one year in Fort Lewis, Washington and one year in Korea. After being in the service, he returned to finish college at Wayne State, graduating in 1962 with a BA degree in Education.

Darrel and Phyllis were married Aug. 23, 1962, recently celebrating their 60th anniversary. Darrel started teaching at Norfolk Junior High School while Phyllis finished her education. Both Darrel and Phyllis taught four years in the Grand Island school system. In 1968 Darrel received his Master’s Degree in Science from the University of Utah and taught the following year at Citrus Heights, California. Darrel and Phyllis moved from California back to Wayne in 1969 and they farmed in Wayne and Carroll for many years. Darrel then worked at Logan Valley Implement until his retirement.

Darrel was active in the church and community. He served on the school board for District 51 and Northeast Feeders Association for many years. He was an active member of Redeemer Lutheran Church as an usher and liturgist, as well as on the church council and building expansion committee. Transitioning to Our Savior Lutheran Church, he continued ushering. He was treasurer of the local AAL (now Thrivent Financial). He also was active with the local Optimist Club, using his photography skills. He loved to share his woodworking projects with friends and family - anything from rocking horses for grandchildren to nativity sets, wine stoppers and kaleidoscopes.

Darrel enjoyed the people who worked with him on the farm as well as his farming neighbors. Darrel and Phyllis square danced for 25 years and they both loved a good card game of any kind with their friends, kids and grandkids. In later years they went often to the senior center for fellowship and a meal. Darrel and Phyllis did extensive traveling after they retired and made videos of trips to give to fellow travelers, which everybody enjoyed. Most of all, Darrel cherished family time together. He loved to create scavenger hunts for his grandkids and teach them woodworking skills. There were many family trips over the years to lots of destinations, the most recent gathering being last Christmas in Minnesota with all of the kids and grandkids.

Survivors include his wife; a daughter and son, Valerie (Tom) Perry (Yakima, Washington) and Marc (Kelli) Rahn (Sioux City, Iowa), and four grandchildren, Nick Perry, Ben Perry, Logan Rahn and Lincoln Rahn. He is also survived by his brother, Carrol Rahn, and his niece and nephew, Pam Kilian and Dennis Rahn all in Minnesota, a nephew, Judson Leibee in California, and a host of cousins and their spouses.

He was preceded in death by his parents; a sister and brother-in-law, Diana and Dan Leibee; a sister-in-law, Delila Rahn and a nephew, Jeff Leibee.