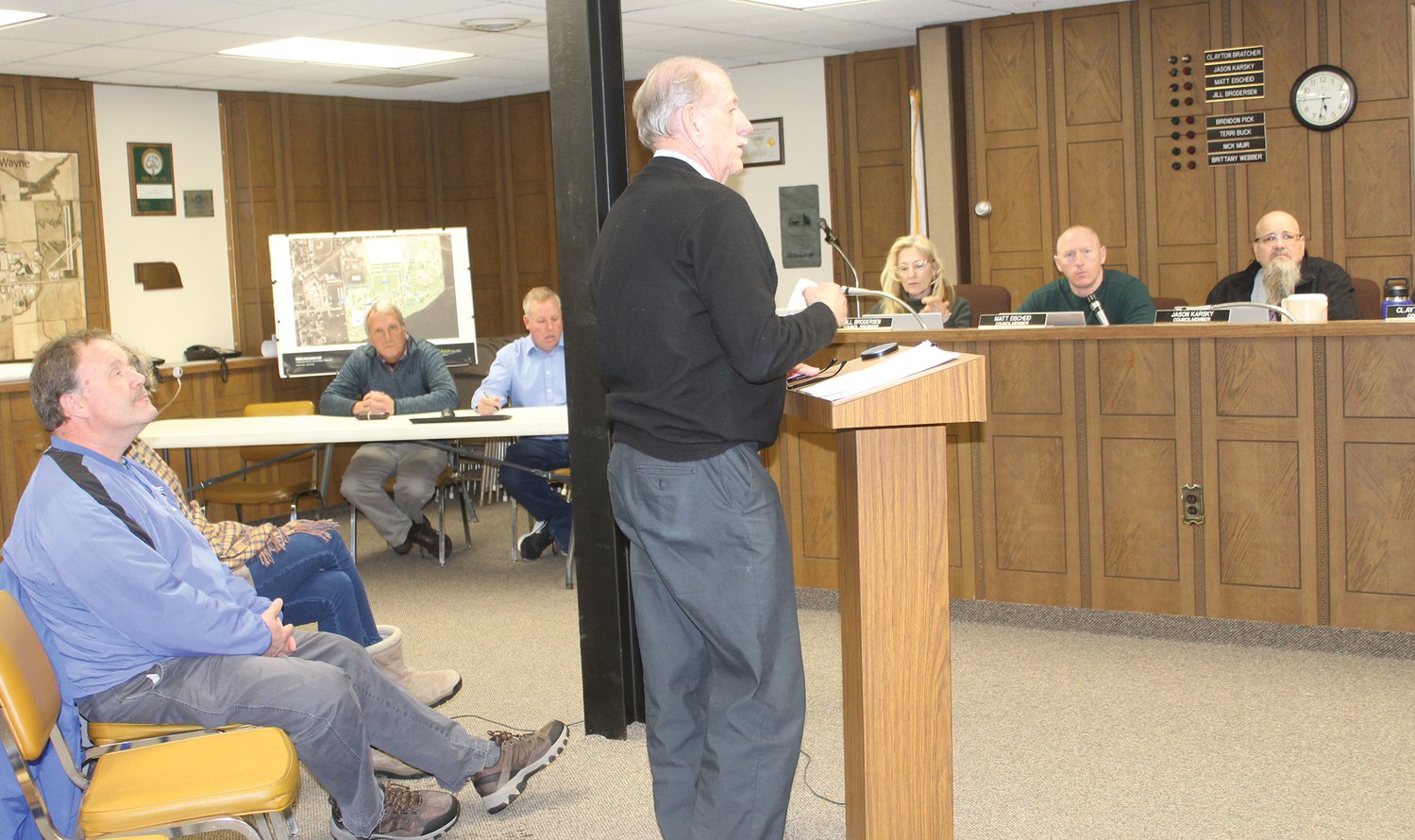 The city of Wayne would save $9,000 by changing the deductible on its property insurance, based on information received during Tuesday's meeting of the Wayne City Council.

Cap Peterson of Northeast Nebraska Insurance Agency reviewed the city's current coverage and activity from the previous year. He also talked about umbrella and linebacker coverage for the rural fire district and noted the fire district reimburses the city for the coverage.

He also discussed Workers Compensation information and the premium is based on the city's payroll. The experience mod which determines how much the city pays did go down, but because of an increase in payroll, the premium went up.

The total cost for the insurance coverage for the coming year will be $438,238.00 with the higher deductible.

Also discussed at Tuesday's meeting was a Memorandum of Understanding (MOU) between the city of Wayne and Wayne School District #17.

This is one step in the process of giving a four acre piece of property west of the Community Activity Center (CAC) to the school before a bond issue is put before voters.

City Attorney Amy Miller told the council that the MOU is not a contract or a purchase agreement. It does outline the general agreement should the bond issue pass.

Wayne Schools Superintendent Dr. Mark Lenihan spoke to the council and thanked the council for considering the request and said the land would be used for the construction of a Pre-K through second grade facility. The MOU will be acted on during Monday's school board meeting. Also at that time, steps will be taken to put forth a plan for a bond election to be held in March.

Council members discussed how to handle the lower parking lot west of the CAC and who would be responsible for maintenance and repair of the parking lot.

Following an executive session for the purpose of discussing purchase options, the council voted unanimously to accept an offer from Ameritas Life Insurance Corporation for the purchase of two parcels of land and the contents of the building at 513 Main Street.

Council members also received an update from City Attorney Miller on the proposed acquisition of the property just north of the Ameritas building which is currently owned by First Methodist Church of Wayne.

Miller had several questions in regard to the purchase agreement received from the church and will seek clarification before moving forward.

In other action, the council received an annual report from Joel Hansen, Street and Planning Director.

Hansen told the council that the members of the street department have a combined 82 years of experience with the city and multiple skills that allow them to work well together.

He did note that the department's oldest piece of equipment, a 1975 motor grader 'blew up' recently and  "it doesn't make sense to keep fixing it. We will start looking for a new piece of equipment to replace it."

Hansen said the number of hours put on several pieces of equipment and spent by the department for ice control and snow removal were down considerably in 2022 due to the lack of snow.

He also shared information on work done by members of the department with other departments, specifically the Parks and Recreation Department.

The intent to apply needs to be submitted by Jan. 15 and is a step in the competitive grant process.

City Administrator Wes Blecke told the council it is anticipated the total project cost would be $1.8 million. The maximum grant is $562,000 and requires a dollar for dollar match from the city.

The Wayne City Council will next meet in regular session on Tuesday, Jan. 17 at 5:30 p.m. in council chambers.