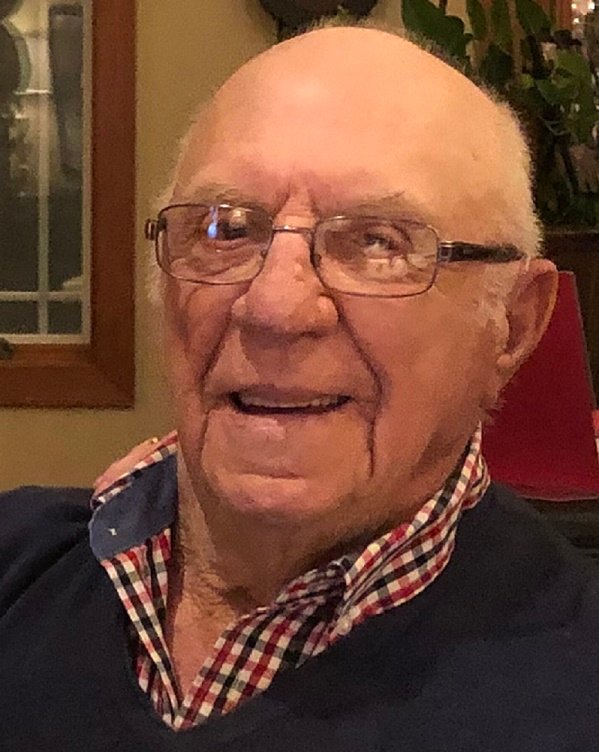 Memorial services for Kermit Benshoof, 86 of Norfolk, will be at 11 a.m., Saturday, Jan. 14, 2023, at Our Savior Lutheran Church in Wayne. The Rev. Jim Splitt will officiate. Visitation will one hour prior to the service. Inurnment will be at a later date.

Arrangements are with Home for Funerals in Norfolk.

Kermit Curtis Benshoof was born to Worley and Irene (Green) Benshoof on Sept. 6, 1936 in Norfolk. He was baptized and confirmed in the Methodist Church in Carroll. He graduated from Carroll High School in 1954.

Kermit met the love of his life, Jo Anne Brodhagen, while going to dances at King’s Ballroom and on May 22, 1960 they married at Zion Lutheran Church in Pierce. They moved to the home place near Carroll where they raised their three daughters. He retired from farming in 1985 and started hauling big round hay bales with his semi, going to Iowa, South Dakota and Nebraska. He hauled hay until 2004 when he retired since his wife had already retired from teaching.

He loved fishing, hunting, playing cards, going to coffee with the guys. Kermit went to every activity his grandchildren were participating— all sports, drama, speech, music and many others. He was a 4-H sheep leader in the Blue Ribbon Winners, raising hundreds of sheep for himself and helping at the Wayne County Fair for many years.

Kermit and Jo Anne were avid travelers—traveling with Moostash Joe Tours from Fremont and Kaki Ley from Wayne. They traveled to every state except Hawaii, and took a cruise to the Panama Canal.

They moved to Norfolk in 2012 after building a new home. Kermit refurbished vintage sleds, benches and anything to do with wood working. His whole third garage was his workshop. He spent a lot of time there building chairs and toy boxes for the great grandchildren.

They loved to dance belonging to Town Twirlers Square Dance, for over 30 years, and ballroom dancing. Kermit was a member of Our Savior Lutheran Church in Wayne. He was an usher and served on many church activities.

Condolences may be expressed to the family online at www.homeforfuneralsinc.com.