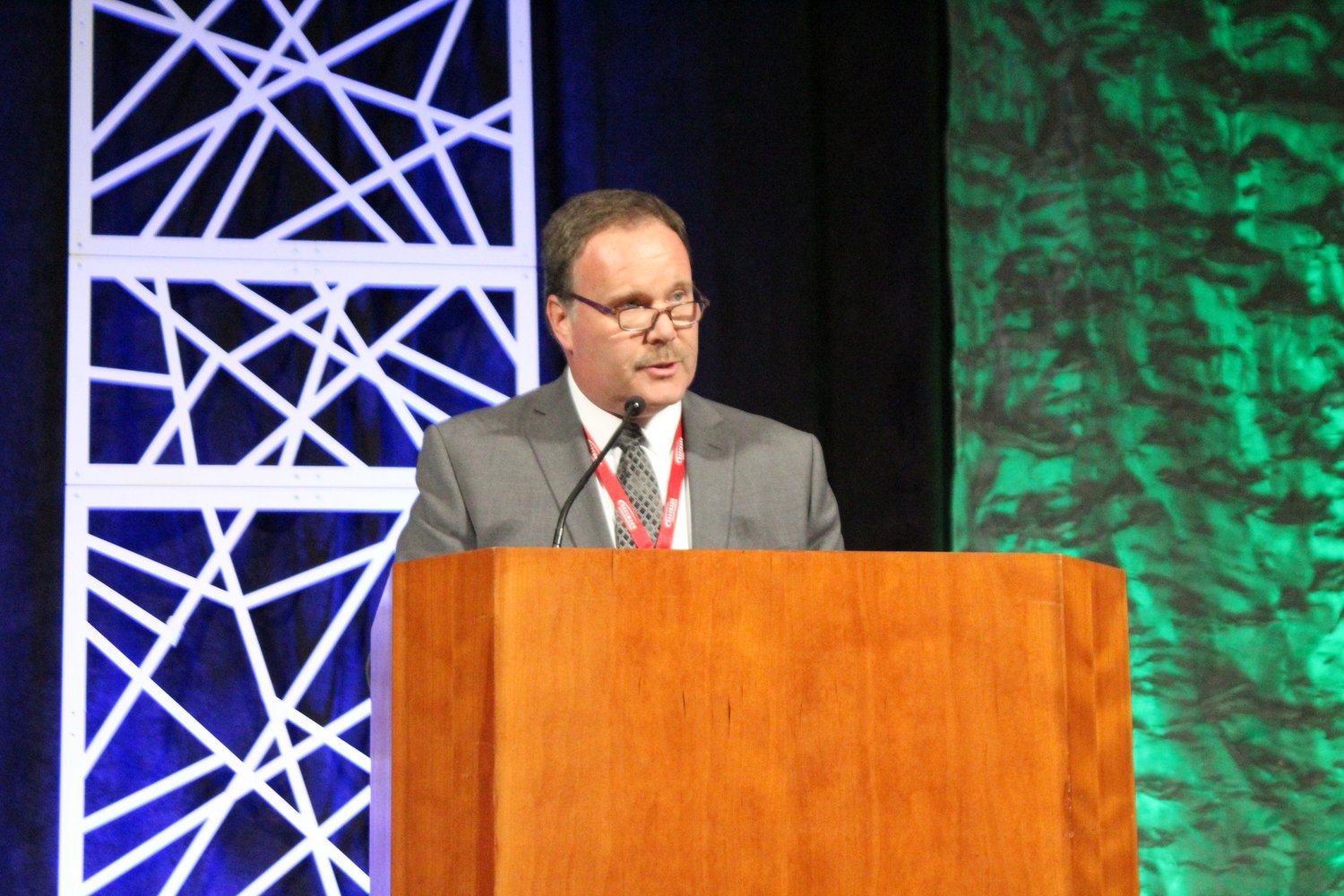 The Nebraska Association of School Administrators presented Dr. Mark Lenihan, Superintendent of Wayne Community Schools with the NASA Superintendent of the Year award during last week's awards luncheon at the State Education Conference in Omaha.

Dr. Lenihan has served as superintendent of Wayne Community Schools since 2009 and has led efforts to stabilize the district’s budget, resulting in new and improved K-6 and 7-12 facilities in Wayne. He’s implemented a successful school improvement plan, believes in a student-centered leadership focus and always doing what is best for his students.

“Mr. Lenihan can be seen at almost all student activities, including sporting events, speech meets, choir and band performances and activities that occur in the elementary school,” said Wayne Community Schools' alum Drew Buck. “He takes time to read books to younger students. He’s always in the hallways before and after school and during passing periods talking with students. He’s willing to be a part of every student’s school experience.”

Dr. Lenihan is the latest recipient of the prestigious award, which NASA has given out annually since 1988, and was selected by his peers. Before accepting the superintendent position in Wayne, he served four years as principal of Battle Creek Public Schools.

“Dr. Lenihan exemplifies the best in educational leadership, consistently demonstrating an unwavering commitment to quality education for all students,” wrote former WCS School Board President Wendy Consoli. “His broad experiences in administration have provided him with an in-depth knowledge and understanding of the K-12 educational programs and the unique needs of students at all levels.”

NASA is an organization under the Nebraska Council of School Administrators umbrella. Dr. Lenihan has been a member of both NASA and NCSA for 17 years.

Dr. Mark Lenihan speaks after receiving the 2022 Nebraska Superintendent of the Year Award from the Nebraska Association of School Administrators at the State Education Conference on Friday. Dr. Lenihan has served Wayne Community Schools since 2009.