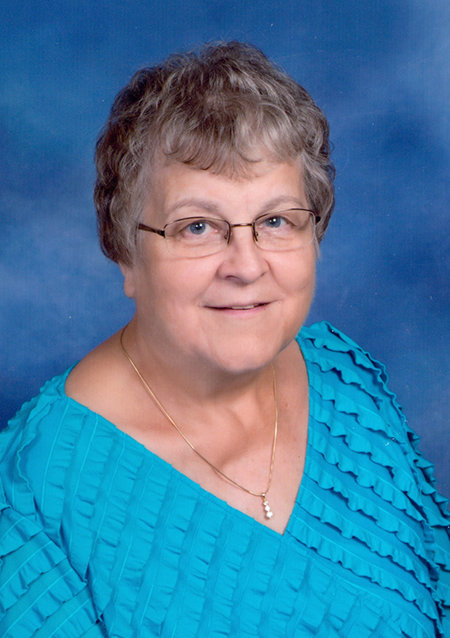 Services will be held Saturday, Nov. 5 at 11 a.m. at First United Methodist Church in Wayne. There is no visitation.  Private burial will take place at Greenwood Cemetery in Wayne.

Mary Elizabeth (Wert) Nichols was born June 21, 1946 in Wayne.  She was the middle child of Archie and Susan (Ewing) Wert. Her mother always teased her she was born on “the longest day of the year.”  Mary was baptized, confirmed and married in the First United Methodist Church in Wayne.  As a youth she helped start an active youth fellowship. The girls cooked every Wednesday so the guys would come. She was active in youth civil rights movement and attended church camp every year possible. Mary was camp nurse for a summer before graduating. She attended K-12 years at Wayne City Schools, graduating in 1964. Mary was active in band, orchestra, choir and anything else that came along. She went on to St. Joseph Mercy School of Nursing in Sioux City, Iowa and graduated in 1967 to become an R.N. She worked at Pender Hospital, Wayne Care Center and The Oaks Retirement Center in Wayne. Mary lovingly worked in long-term care 30 years, retiring in 2014.

Larry and Mary were married on June 25, 1967. They were married on a Sunday so they could go to church together in the morning and get married in the evening to start their lives together. Three children were born to this union, Scott, Susan and Ann. Larry and Mary farmed three years near Pender and then moved back to his home place in January 1971, where they lived until the present. Before and after retirement, Mary was an active volunteer. This was something she learned from her dad, Archie. She started blood pressure and first aid programs at the Wayne County Fair, Wayne Senior Center, Carroll Senior Center and Villa of Wayne in the 1970’s. Mary was active in Red Cross 40 plus years and was a charter member of two county extension clubs; Monday Mrs. and We Few. Mary’s kitchen was always open, especially to her grandchildren.

Survivors include her husband Larry of 55 years; son, Scott (Krista) of Wayne and their children Riley Nichols, Tucker Nichols, Tanner Schopke and Colton Broer; daughter, Susie (Tim) Polenske of Wisner and their children, Ryan, Nicholas (Jessica), Logan (Nicole) and Mackensie; great-granddaughter, Oaklynn; great-grandson, Colter and a great-grandson on the way in January; daughter, Ann VanDiest of Norfolk and her children, Reagan and Addison; sister, Nancy Peterson of Sykmar, California; brother-in-law, Glen (Sandy) Nichols of Wayne; sister-in-law, Connie Thompson of Laurel; many nieces, nephews, cousins and a host of friends and neighbors.