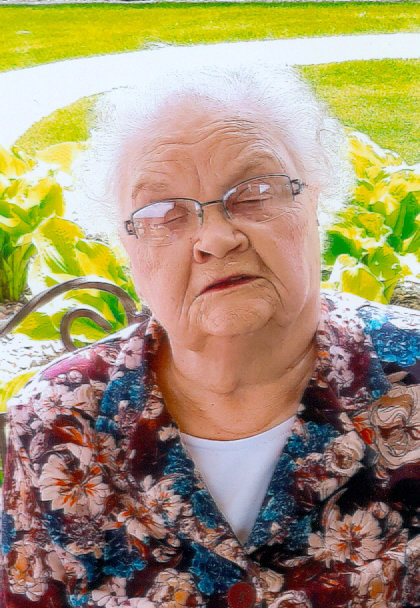 She died Saturday, Aug. 20, 2022 at her residence at Kinship Pointe in Wayne.

Memorials may be directed to the Glass family for later designation.

Arrangements are with Hasemann Funeral Home of  Wayne.

Mary Agnes (Sonnenfelt) Glass was born Aug. 30, 1934 near Ewing to Paul and Elizabeth (Brennaman) Sonnenfelt. In 1953 she graduated from Clearwater High School.  Mary and Verlin were married June 22, 1956 at St. Francis Catholic Church in Clearwater. The couple lived in the communities of Omaha, Grand Island, and Lincoln, before moving to Wayne in 1965. Mary did in-home daycare from 1967 to 1988, touching many little hearts and lives. Mary worked at Pac 'N' Save grocery store in Wayne from 1988 to 2002 doing product demos, and where she became known as the “Pizza Lady” of Wayne.  She was a parishioner of St. Mary’s Catholic Church for 57 years.

Mary’s greatest joy came from her five children, which blessed her with five grandchildren, 14 great-grandchildren and three great-great-grandchildren, and one special dog named Sam. Mary stayed busy socially, celebrating every special event, every holiday and her own birthday. Everyone received the highly anticipated phone call with birthday wishes from Mary, including children, grandchildren, nieces, nephews, friends, etc., which she had done for 60 plus years.  In 2016, Mary moved to Kinship Pointe Assisted Living where she remained until her passing.

She was preceded in death by her parents; husband, Verlin,  in May 1992; one daughter, Kathryn, in October 1964; daughter-in-law, Cheryl Glass; brothers, Francis (Nina Mae) Sonnenfelt and Stanley Sonnenfelt