MayDay STOL coming to Wayne May 20-22 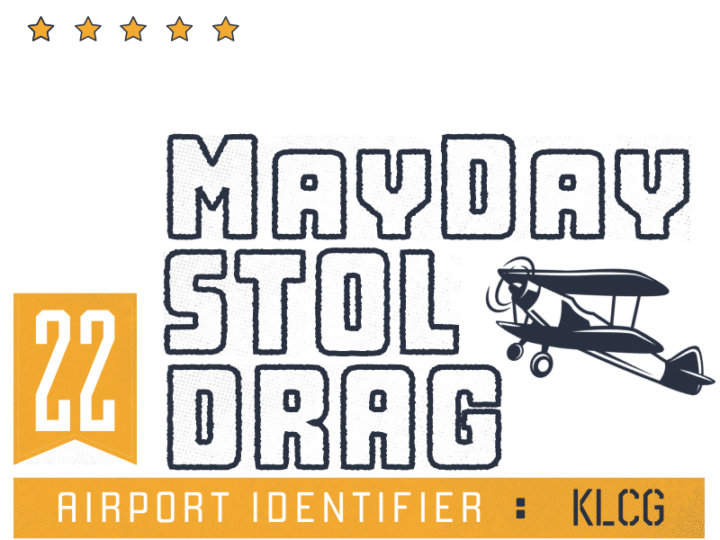 The second MayDay STOL (short take off and landing) event will take place in Wayne May 20-22 and information on this year's plans is being shared.

Travis Meyer, one of the organizers of the event said "last year's event was a success and brought national attention to Wayne. We are moving this year's event to three days and later in the spring to hopefully have less wind."

Meyer also explained what would be happening during the three-day event, including racing on Friday, the finals on Saturday and a Family Fun Day on Sunday. He said plans call for a career aviation panel to share information on all careers available in aviation.

"There are nearly 30 competitors  scheduled to be here so far, with several more on a wait list. This is considerably more than last year," Meyer said.

Camping will take place at the airport, rather than the fairgrounds as was done last year. Shuttle service will be available from the airport to the downtown area.

The event will be livestreamed on Carbon TV.

Plans call for a Chinook helicopter to be at the airport on Saturday. A paramotor team will bring the colors in that day also.

One of the scheduled events Meyer is most excited about is the career aviation panel on Sunday. A number of those involved with aviation in a number of ways are scheduled to be part of the panel.

"We want to show young people, and their parents, that there are a number of careers in aviation, not just being a pilot,"Meyer said.

Teagan Nissen will provide entertainment on Friday Night and AQUA Dog will be at the airport on Saturday night.

STOL is a spectator-friendly sport and is designed to challenge pilots and thrill spectators.

The aviators pilot their airplanes down a 2,000 foot straight course, come to complete stop, turn around and "get on the throttle to race back to the initial starting point." This takes place as the airplanes are racing side-by-side, approximately 75 feet apart.

The sport is popular in the dessert regions of Nevada, but the Wayne event was the first of its kind in this area.

Pilots from across the country, and even from as far away as Canada, took part in the Wayne event as competitors. In addition, a number of pilots flew in to Wayne to show off their planes and visit with others interested in the sport of aviation.

Meyer, a member of the Northeast Aviators said, "several of the pilots who came to Wayne are world-renowned aviators with millions of followers and fans."

Volunteers for the event are needed in a number of different capacities and those interested can contact Meyer or come to the airport the days of the event.

Tickets for the event can be purchased at the gate or online.

More information about the event can be found at maydaystol.com