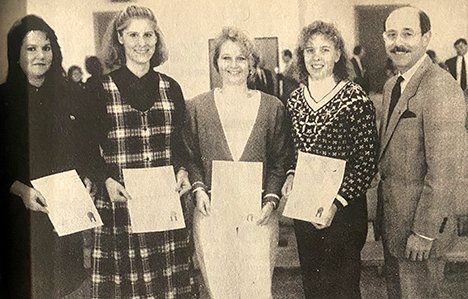 Fifty-six Wayne State College students were recently named to the 1993 edition of Who's Who Among Students in American Universities and Colleges.

The students were given certificates by the college's president, Donald Marsh.