'The Feather' gleams out front of local business 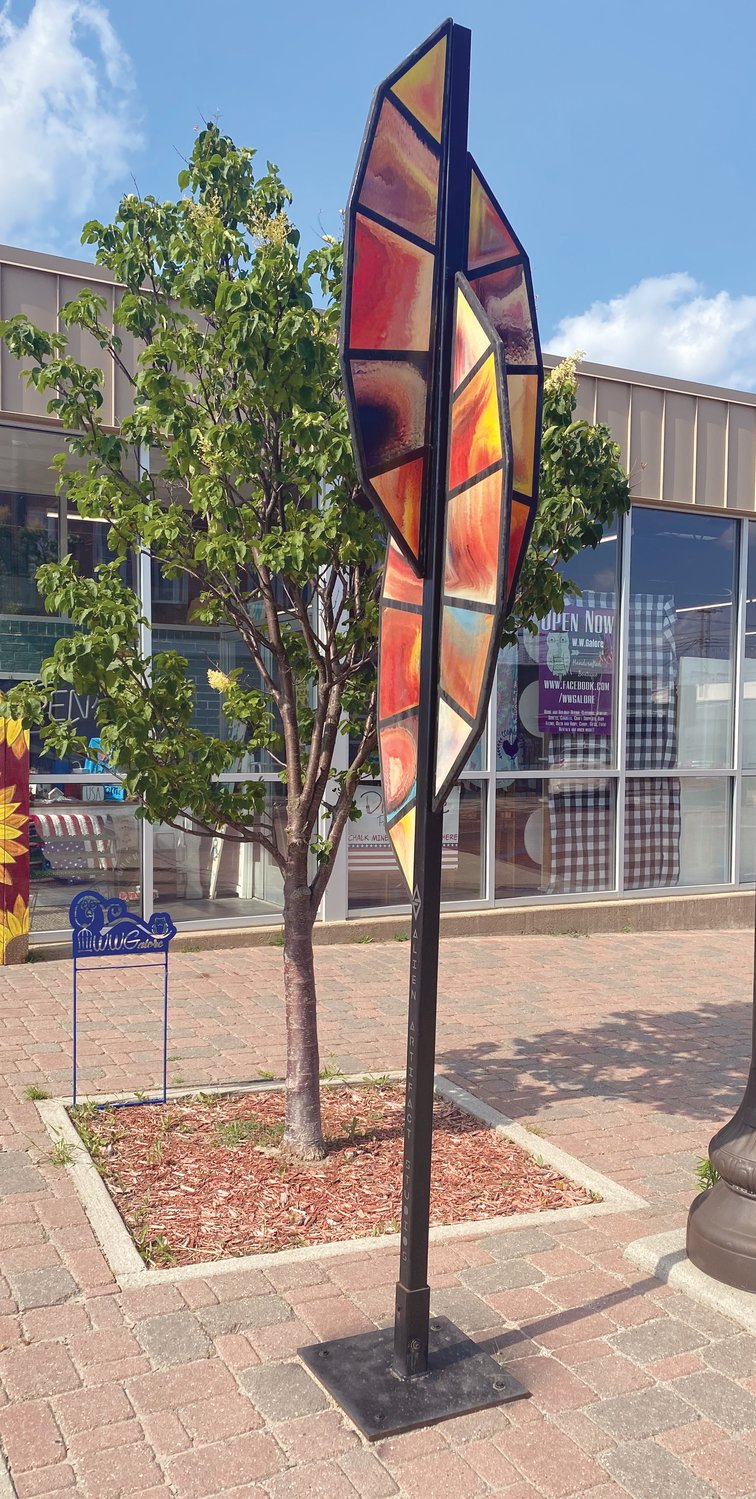 Kirk Seese of Lutherville, Maryland has created an array of art pieces designed to have a feather-like appearance.

The Wayne Art Committee has selected one of these pieces to add allure to the community.

"The Feather" resides outside of W.W Galore at 301 Main Street.

This acts as just one part of Seese's debut sculpture design.  The artist has spent four years designing themed climbing walls in the active family entertainment industry for a company called ClimbZone and almost 20 years painting public and private murals for his business, BB Murals.

"The Feather" is a direct response to the years of representational work that he's been doing. The artist wanted to create something that was not based in reality, had no reference point and seemed to come from a different planet. Something unique that came from inside.

The process of creating the swirling color fields became a therapeutic exercise for him.

"The organic motions of the blended hues contained by the stark, black, geometric framework should be visually unnerving, but they're not," Seese said. "Instead, they compliment each other.

Viewers say it reminds them of stained glass, and even ask Seese if the panels are transparent, which they are not. The direct printed UV inks create a vibrant and colorful sight, and because they are cured by UV light, they do not fade in the sun.

The feather design has proved to be widely popular, finding temporary and permanent homes in Texas, Tennesee, Colorado, Maryland, Illinois, Indiana, Mississippi, North Carolina, Idaho and Georgia since its debut in early 2019.

To form these feathers, Seese has perfected his process. First, he welds the post to the base, primes and paints.

Next, he prints designs on the primed panels using a large, flatbed printer.

Seese then encapsulates each panel in epoxy, drills holes through each panel and attaches them to the pole.

The Feather comes to life with the addition of black silicone to fill any negative space before becoming securely attached to its concrete base.