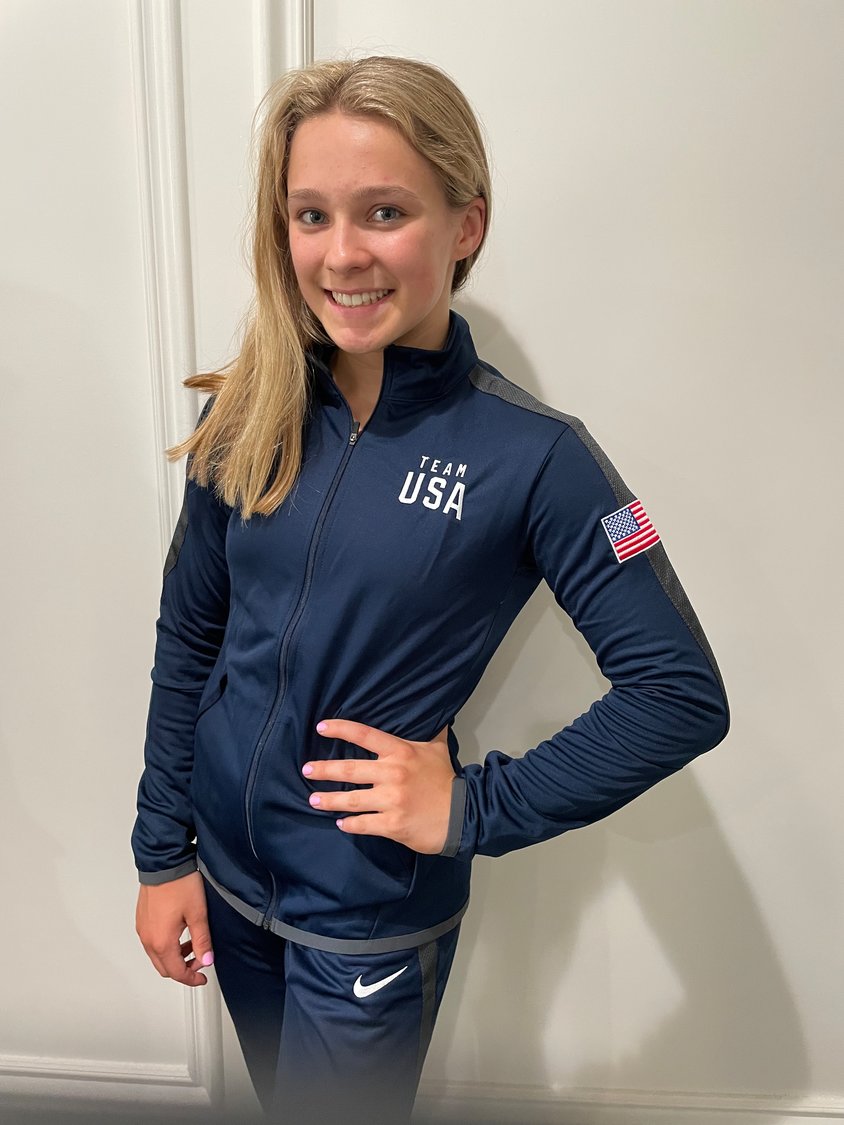 Omaha teenager Lexi Zeiss is traveling the world at the ripe age of 16. The daughter of Jess and Dana (Nelson) Zeiss, formerly of Wayne and the granddaughter of Don and Jan Zeiss of Wayne, left for Rio de Janeiro, Brazil on Sunday. That’s where she will be competing at the highest level in the world of gymnastics as part of Team USA at the annual Pan Am Games.

Lexi has been involved in gymnastics since a very young age but her desire, perseverance and talent got her invited to the Pan American trials where she finished runner-up in the all-around competition to secure her spot on Team USA. She will actually be competing on Friday and Sunday. The all-around included competing in the four areas of balance beam, uneven bars, vault and floor exercise.

She did her training at the Omaha Gymnastics Academy before heading to Minnesota to train under Olympic level coaching. In January of this year she was invited to start attending National Team Training Camps that are held about every six weeks in Houston, Texas. She is a current member of the Twin City Twisters.

When Zeiss takes the floor on Friday it will be her first international competition. Her previous meets included the 2021 US Classic and the 2021 Nastia Liukin Cup. She has also qualified to compete in the 2022 US Gymnastics Championships to be held in Florida in mid-August.

While residing in Omaha she attended Omaha Westside High School. She said she is honored to represent the USA in gymnastics. “This has been a dream of mine since I was a little girl,” she said. “It is very overwhelming to see it come true.” She gives credit to her coaches and teammates. “They push me to be better every day,” she added. “I also appreciate and thank my parents who have made so many sacrifices to allow me to chase my dreams. They have always encouraged me to set my goals big and go after them.”

Lexi will not only have her teammates and coaches cheering her on in Rio as mom and dad will also be in attendance. The 1989 Wayne High graduates who work in Omaha, left Tuesday for Rio. After a two-hour layover in Houston they will board for the 10-hour flight to Rio. The Brazilian city is two hours ahead of Nebraska in the time zone. Lexi will compete at 8:40 a.m. on Friday which will be 6:40 a.m. central time.

Lexi is on youtube at www.youtube.com/channel/UCHEkJPxQvVj6iAUYGndMzkQ. You can also watch via stream at panamsportschannel.org/main.