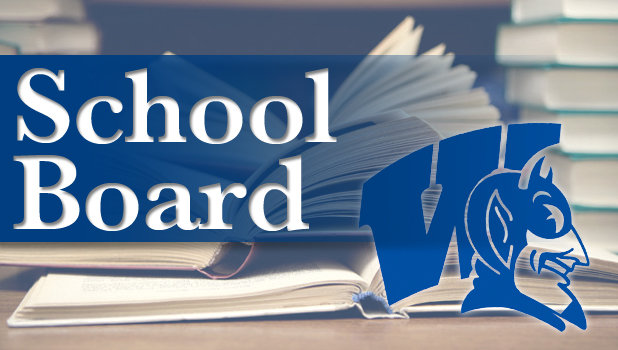 Four presentations and a resignation were on the agenda when the Wayne Community Schools' Board of Education met in regular session on Nov. 14.

From these presentations, the board received information on the district's financial health, the status of the facility committee's recommendation to the board, the district's construction manager's update and property and casualty insurance rates.

Olson, via Zoom, went through the report, noting it was an 'unmodified report' which is the highest level. Also included was a single audit on the federal funds received by the district during the last fiscal year.

She showed slides with comparisons from the last four years.

"Everything in the audit is very consistent with past years and the year-end balances are very steady. Cash reserves are positive and stable," Olson said.

Among her suggestions going forward was the need to look at changing duties for those dealing with the district's finances to free up time for other duties.

Becky Barner and Kirby Hall, representing the facility committee, shared information with the board.

The consensus of the committee is the district's need for more classroom space, increasing the area for the ag program and developing a Pre-K through second grade building.

The committee plans to meet again on Nov. 28 and hope to have a "consensus that all members can support 100%," Barner said.

A recommendation would then be brought to the board at its December meeting.

Steve Thiele with Hausman Construction, the district's construction manager, told the board that he has participated in the community facilities meetings and "this has been a good process so far. There has been lots of positives from the meetings."

Cap Peterson with Northeast Nebraska Insurance updated the board on property and casualty insurance rates for the coming year.

Peterson shared information on options for district. These include raising the deductible from $10,000 per incident to $25,000. This would result in a savings of approximately $15,000 per year.

In addition, switching companies that provide the district's Workers' Compensation coverage would save the district just over $17,000.

In a later portion of the meeting, the board approved these changes for the coming year. The board will re-visit the coverage for the district next year.

Board members approved the resignation of Teri Hypse, an English teacher at the high school.

Hypse will be retiring at the end of the 2022-2023 school year and a search for her replacement has begun.

In new business, board members received the 2021-2022 Wayne Community Schools' Audit and Financial Statement and approved on first reading Policy 5402 which deals with child abuse and neglect.

During the administration and board committee reports portion of the meeting, Superintendent Dr. Mark Lenihan presented an option enrollment update. He told the board that there are 62 students from the Carroll area attending school. There are 13 students who have opted out of the district and attend school in either Winside, Pierce or Randolph. There are also 10 students from other districts in that area who opt into the Wayne district.

The Future Up Day on Nov. 1 involved activities for each grade level and the Junior Job Shadow Day on Nov. 10 included Job Shadowing throughout the community,  an interview session and open house for students to learn about opportunities available.

Additional information shared included thanks to those involved with the Veterans Day program on Nov. 11 and the fact that bleachers at the Elementary School are scheduled to be installed during Christmas break.

The Wayne Community Schools' Board of Education will next meet in regular session on Monday, Dec. 12 at 5 p.m. in the junior-senior high school library.