Housing information given to city council 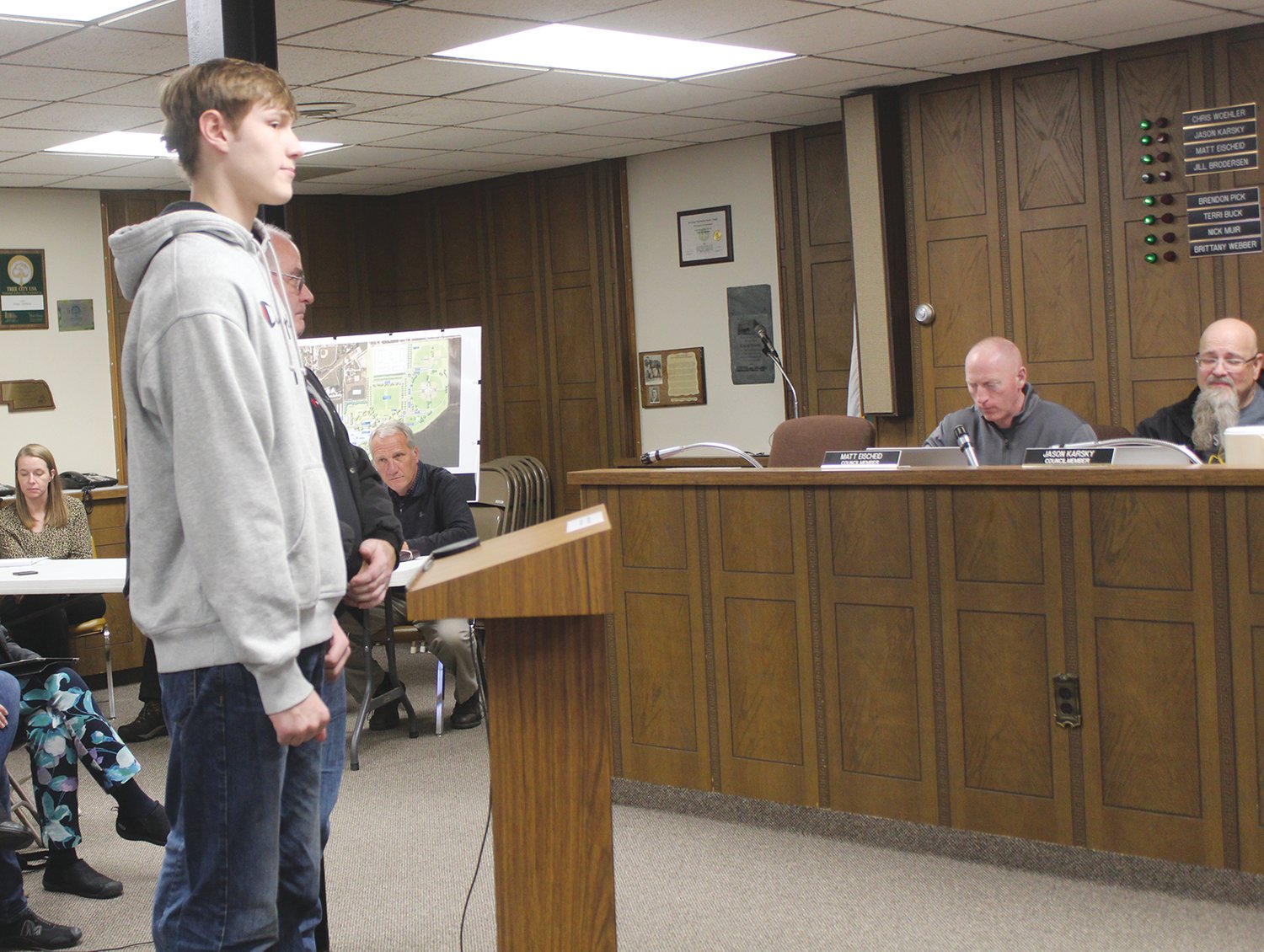 The membership of Aidan Dowling to the Wayne Volunteer Fire Department was approved by the Wayne City Council.
Posted Wednesday, November 16, 2022 5:42 pm

A public hearing, an annual report and several change orders on projects were part of Tuesday's agenda when the Wayne City Council met in regular session.

The public hearing was required to amend the budget on an application for a Community Development Block Grant for the trail project that would result in a trail going west past Greenwood Cemetery.

Riah Dean with the Northeast Nebraska Economic Development District (NNEDD) spoke to the council in regard to the project and explained what was planned.

Following the hearing, council members approved a resolution authoring the signing of the application for the grant funds and a resolution approving a service/consultant agreement for general administration services to be provided by NNEDD.

Mytzy Rodriguez-Kufner with the Wayne Community Housing Development Corporation (CHDC) presented a report to the council in regard to strategic goals for the organization. She talked about work that has been done and families impacted, rural workforce housing development and future plans.

She will work with students from the University of Nebraska-Lincoln to develop a marketing plan for affordable housing in the area.

These changes were in regard to additional work and materials requested by the city.

Payments were made to Robert Woehler & Sons Construction in the amount of $42,515.21 for the Chicago Street Project and $141,587.66 for work on the Lincoln Street Improvement Project.

In other action, the council approved a resolution that authorizes the purchase of a 2023 3/4 ton regular cab Ford F250 pickup through the state bid with a bid received from Anderson Ford in Lincoln.

Lowell Heggemeyer told the council he had originally submitted information and had a bid approved on Dec. 8, 2021. However, he was informed three months ago that all bids had been pulled and the bids would need to be submitted. He said the bid for this pickup ($48,652) was considerably higher than that approved last year. In addition, it could be five to six months before the pickup is delivered.

The membership application of Aidan Dowling to the Wayne Volunteer Fire Department was approved.

Dowling is a student at Wayne State College, majoring in Criminal Justice.

Approval was given to authorize the City Administrator to temporarily pay out police dispatchers' vacation leave in the amount over the accrual limit at current wage rates.

Due to staffing limitation at the present time, the police department is unable to grant most requests for vacation leave.

Police Chief Marlen Chinn told the council that there are currently three dispatchers and one recent hire. Ideally, the department should have five dispatchers. Because of this, the current employees have accrued the maximum of 280 hours of vacation leave. He recommended the department be able to pay out the vacation time. This would continue through June 2023 and be re-evaluated at that time.

An update was given on discussion with Wayne Community Schools for the future use of land west of the Community Activity Center.

Council member Brent Pick, who is also a member of the school's facility committee, told the council the group met last week and is continuing to work on determining priorities, especially for future growth. The group hopes to bring forward a plan that would allow for the passage of a bond issue to address the district's issues.

No action was taken during Tuesday's meeting.

The Wayne City Council will next meet in regular session on Tuesday, Dec. 6 at 5:30 p.m. in council chambers. A mini retreat is scheduled for Tuesday, Nov. 29 at 5:30 p.m. at the Wayne Fire Hall.