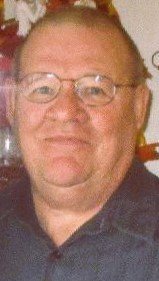 Memorials may be directed to Jim’s family for later designation.

James Ronald Mitchell was born Aug. 4, 1949 in Wakefield to James Henry “Bud” and Kathryn Lucille (Belt) Mitchell.  He grew up in Allen and was a graduate of Allen High School.  Jim married Janice Sieger Sept. 6, 1980 at Grace Lutheran Church in Wayne. The couple lived in Wayne where Jim worked for Carhart Lumber until his retirement in 2015. After retiring, Jim and Janice continued to live in Wayne.  Jim was a former member of First Lutheran Church in Allen and then in 1980, became a member of Grace Lutheran Church where he served on the church council and as head usher for several years. Jim enjoyed spending time with his family, playing cards (especially Skip-Bo), fishing, bowling, traveling to see his grandchildren and visiting with family and friends.

Preceding Jim in death were his grandparents; parents, James “Bud” and Kathryn; one brother, Duane; one brother-in-law, Stan Calhoun; and in-laws, George and Adeline (Bock) Sieger.