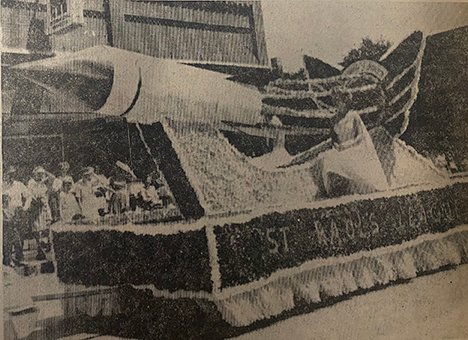 From the August 2, 1962 edition of The Wayne Herald

The reunion was officially launched at 10 a.m. Thursday with a horseshoe pitching contest under the direction of Walter Hamm and Alvin Bargstedt.

The children's parade had a total of 31 entries. The theme was "TV personalities." Winners were Mary Ellen and John Fenske as "Ben Casey and Nurse."

"The Roaring Sixties" was the theme of the grand parade. The winner was the St. Paul Lutheran church Walther League. Their float was entitled "Exploring the Universe."