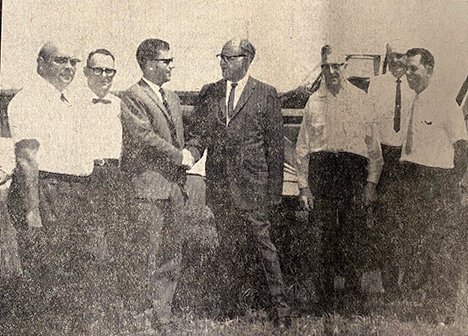 From the August 9, 1962 edition of The Wayne Herald

A free barbecue and a speech by Gov. Frank Morrison will be featured today at the opening of the Wayne County Fair.

Gov. Morrison met Erich Weichelt at the Wayne airport to speak to the Kiwanis Club.