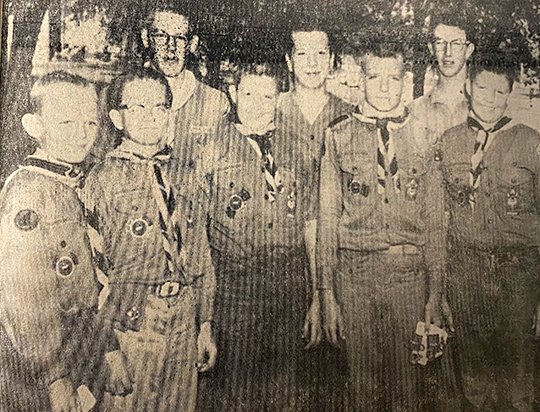 Eight scouts of Troop 174 received awards Sunday during a morning picnic with families.

The annual breakfast was to have been held at the Izaak Walton lake, where the troop set up camp Saturday afternoon.

The boys finally decamped after the evening rain saturated everything and threatened to flood the premises. The picnic was moved to the college shelter house.