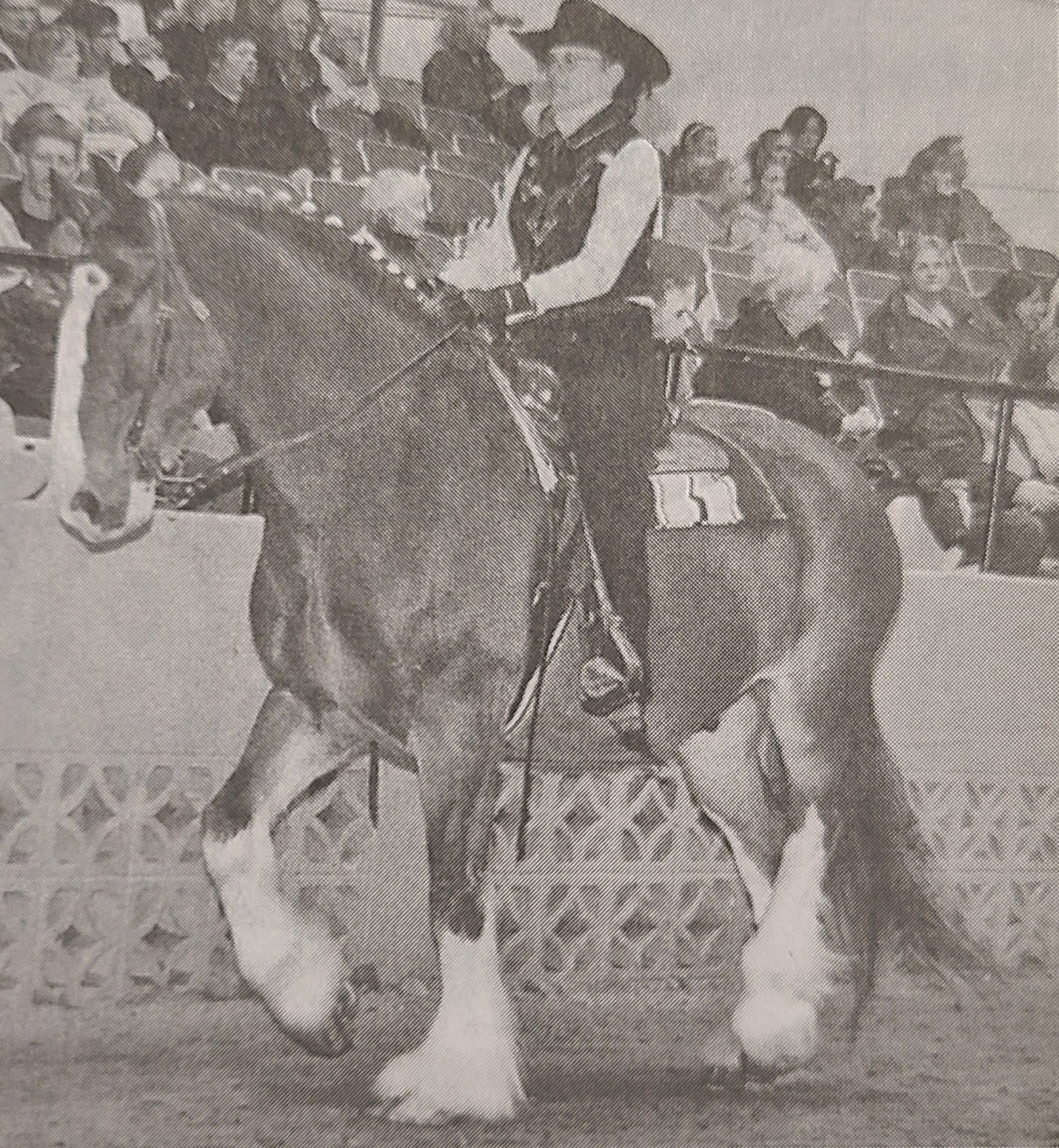 For 18-year-old Magic, and his owner, Laurie Huyck, a recent trip to Madison, Wis. proved to be quite magical.

Magic is one of eight Clydesdales owned by Laurie and her husband Daryl. He was invited by the Clydesdale Association to be a part of the 2011 World Clydesdale Show, an event that is held every four years and brings together top horses from around the world.

Magic earned the second-place honors at the World competition in the Western Riding category and eighth in the English riding category.

The Huycks purchased Magic when he was approximately six months old. He came from a breeder in the Ainsworth area.

Laurie, who has been responsible for Magic's training, said that as the horse got older, she realized that he enjoyed "showing off." She said that while she generally works with him two of three times a week, "when he knows something, he doesn't forget it."

Magic has competed in a number of events at the local and state level. He received the Overall High Point Carriage Driving score at the Nebraska State Fair the last two years and competes in the Double Farm team class with his brother, Andrew. He has earned first place honors in English and Western Riding competitions.

The Huycks have been working with horses for 26 years, starting with Appaloosas. In addition to Magic, they own his brother, Andrew, and sister, Lady, a horse named Dan, who takes part in the Cart portion of a show with Magic, and four other Clydesdales.

Laurie said Magic weighs approximately 1,800 pounds. She anticipates being able to take him to shows for a number of years, as this breed of horse genereally lives 28-30 years.