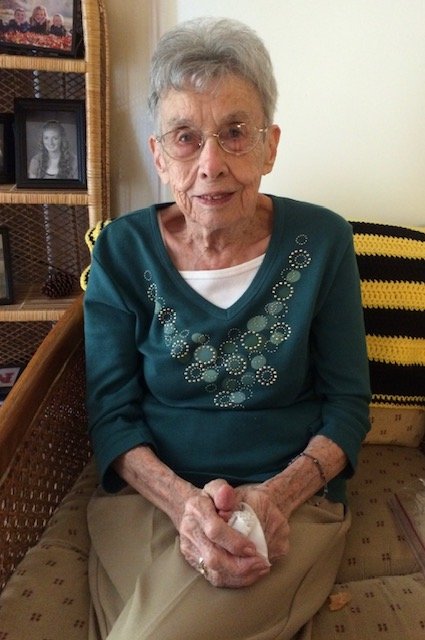 Private services will be held for Ruby M. (Fredrickson) Nelson, 103, of Carroll. There will be no visitation.

Ruby Mary (Fredrickson) Nelson was born on June 30, 1919 in Carroll to Christian and Averina (Sylvanus) Fredrickson. She graduated from Carroll High School and received her Bachelors of Arts degree in education from Wayne State College. Ruby and Vermond were married April 19, 1942 and resided on a farm south of Carroll. Vermond died in February of 1978.She spent her entire teaching career in rural country schools, and in 1983, Ruby joined her three sisters in wrapping up a total of 146 years in Nebraska classrooms.  The teaching “Fredrickson Sisters” included Ruby, Laura Fredrickson, Ethel Malmberg, and Mable Jones. At that time they were recognized by President Ronald Reagan for their contributions to education.  She was a member of Our Savior Lutheran Church of Wayne.

She was preceded in death by her parents; husband, Vermond in 1978; son, Christian on May 15, 2019; great grandson, Aiden Bartling; ten brothers and sisters.