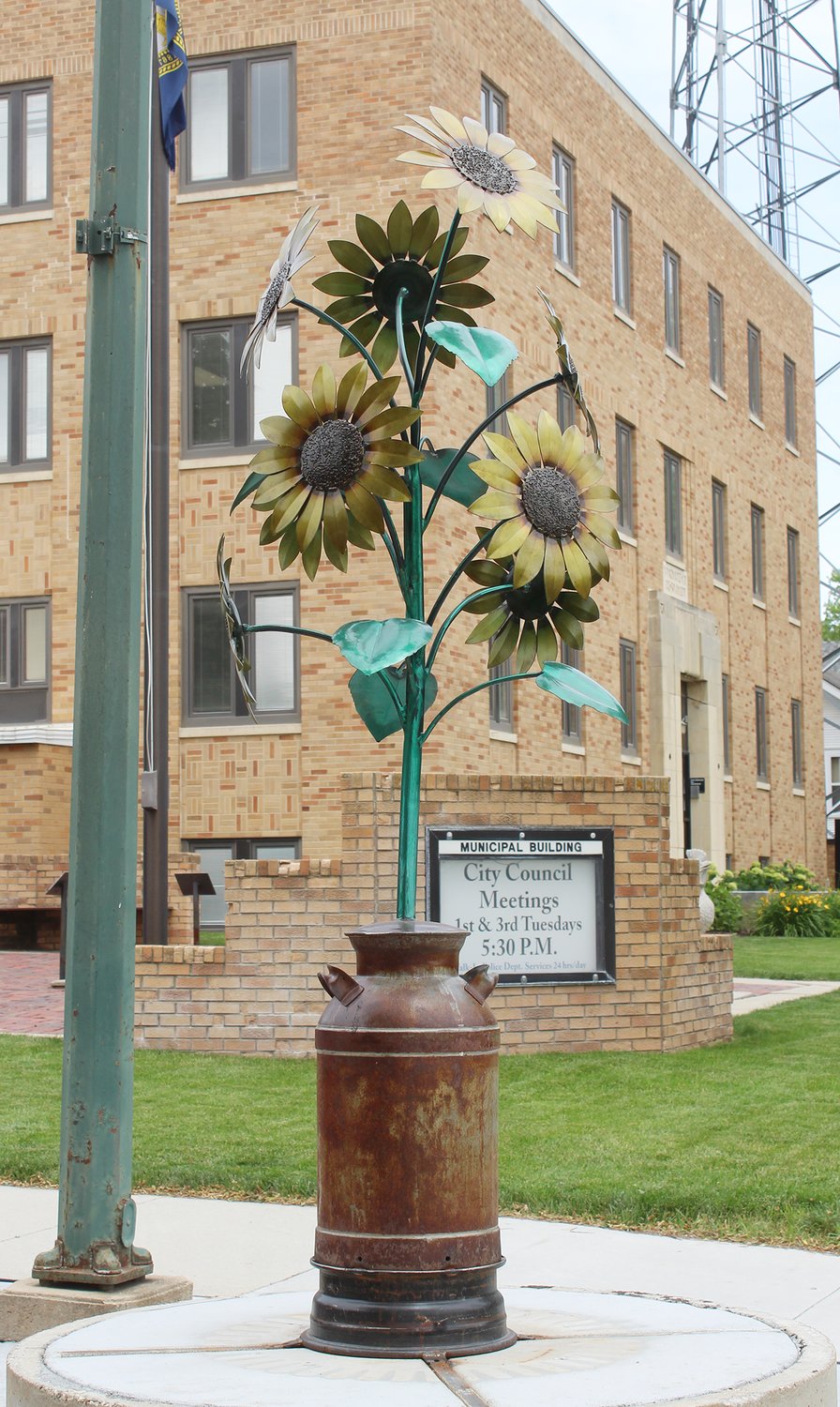 Located at the corner of N Pearl Street and W Third Street, the sculpture entitled "Summer Dreams" has found its home for the year.

This sculpture, created by Jefferson "Jeff" Davis out of steel, depicts vibrant sunflowers basking in the sun.

Davis was born and raised in Crescent, Iowa, and now resides in Woodbine.

His sister nick-named him “MacGyver” at a young age because of his ability to mend broken items and create functional items with ordinary objects he found.

He never lost his interest to make the old new or to create statements with ordinary objects.

When he wasn’t using his hands to create ductwork for his place of employment, he loved to create art in his spare time.

He’s never lost his drive to be an artist, working with a medium he has grown to love: cold metal.

Davis enjoys a wide array of creating, from developing realistic pieces with all metal patina finishes, such as in his Wildlife Series, to fictional creatures and “art that moves and is functional." This functional art uses modified bicycles and abstract pieces.

The artist's creations stem from his firm belief that art tells you what it wants to become, not the other way around.

The business took on a life-force of its own, and while Davis still enjoys creating original artwork, the couple frequently work with law and fire agencies, from police, sheriff and FBI, to fire, rescue and EMT departments.

Davis enjoys building accurate replicas of “larger than life” realities in cold steel … leaving many in awe at their enormity.

He has been privileged enough to have shipped pieces across the United States, and even a few in Europe.

He is married to Nikki Davis, who also serves as his marketing coordinator and business co-founder, and has a daughter, Eva, age 12. He enjoys bow hunting, fishing, camping and creating.