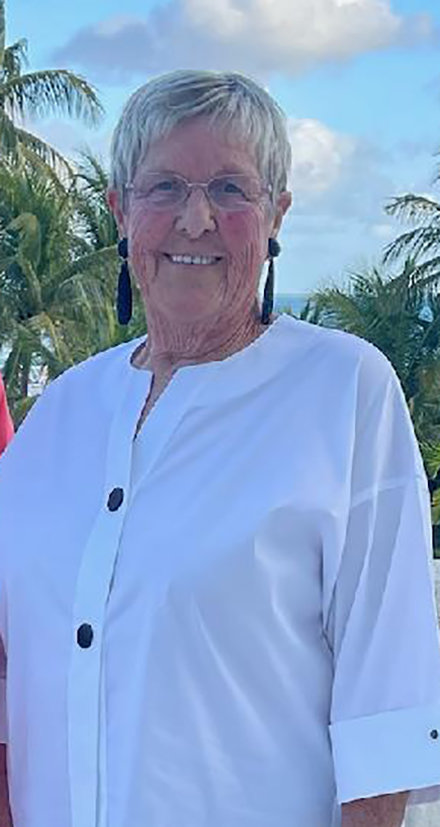 She was born on March 18, 1944 in the Wayne Benthack Hospital to Arthur and Edith (Sahs) Cook.  She was baptized and confirmed at St. Paul's Lutheran Church in Carroll.  She attended grade school at Carroll Elementary and graduated from Wayne High School in 1962.

She moved to Lincoln after graduating to attend the University of Nebraska, where she received a bachelor’s degree in 1970. She worked during her years in Lincoln to pay the costs of attending college. As resources were scant, her mother would periodically mail a loaf of homemade bread to go with her baloney and mustard. Her favorite past time while living in Lincoln was going to Duffy’s Tavern on Friday nights where she needed only one quarter to be entertained for the evening; the guys bought all drinks but the first.

Upon graduating from UNL, she moved to Ft. Lauderdale Florida and took a job waitressing at Denny’s, a national restaurant chain.  She quickly advanced to higher levels of responsibility, ultimately becoming the first female District Manager in the Denny’s system.  As a result, the company was forced to change its dress code to allow dresses to be worn by District Managers.  She was a crusader for women in the workplace.

In September 1978, she married Ernest Galindo, a California native and a restaurateur, with whom she enjoyed a wonderful relationship until her passing.  Ernie and Virginia lived in various southern US locations over the years as a result of employment opportunities, with a final move to Las Vegas in 2006.

After leaving Denny’s in 1985, Virginia worked in various positions, including owning a florist shop and working for national moving companies. Before officially retiring, she returned to the industry where she started and that she loved the most, working part time as a waitress for Denny’s.

Virginia’s final resting place will be in Carroll.

Virginia was a dog lover and dog mom to JR, Jessica, and Zack.  Memorials can be directed to The Animal Foundation, a non-profit animal shelter, 655 N Mojave Road, Las Vegas, Nevada 89101.