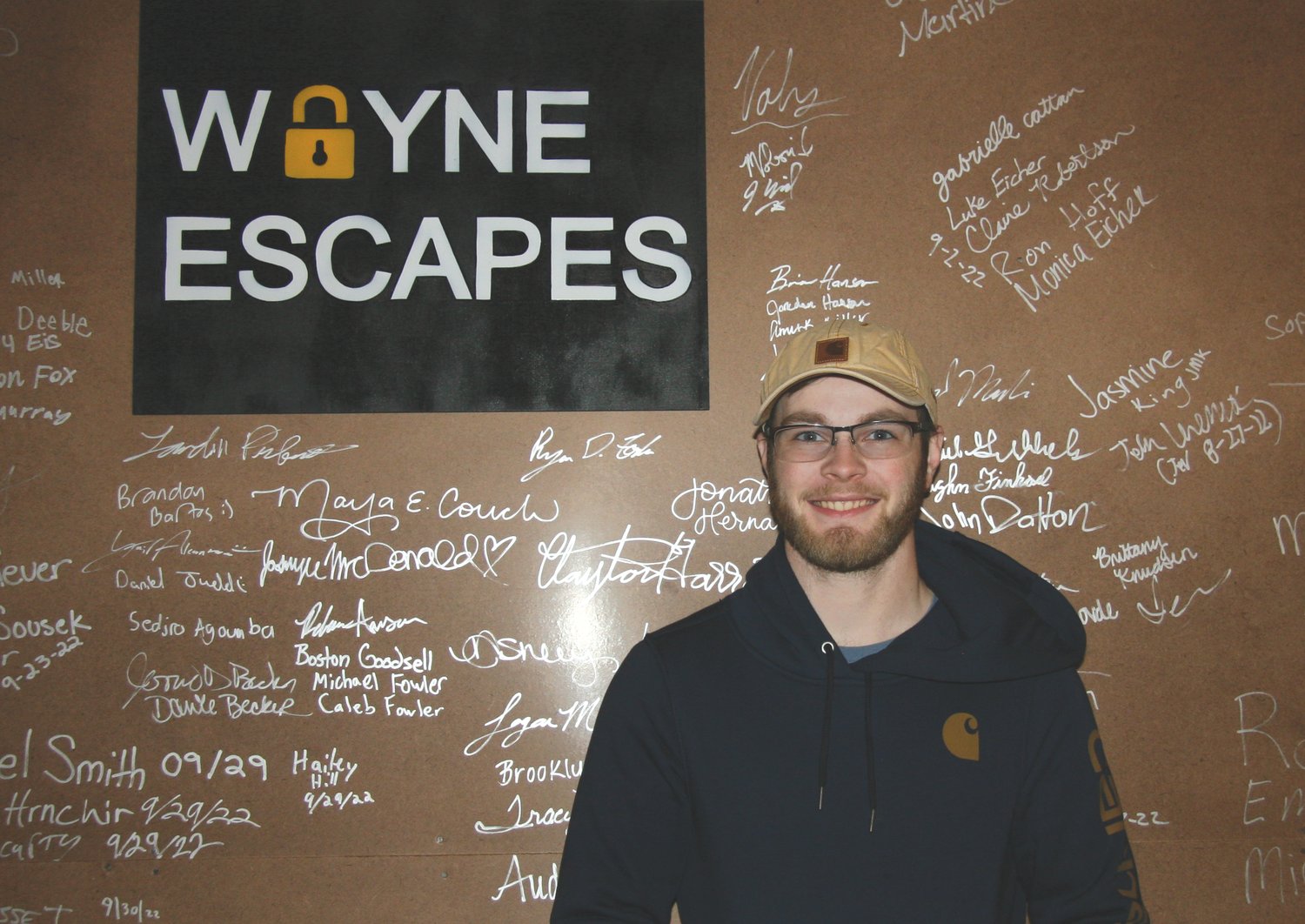 Wayne Escapes, a new activity-based business in town, will feature a new escape room Oct. 22. As a direct contrast of the first room, which has a darker theme, the new project will focus on vibrant colors, according to owner Ryan Zoucha.

Zoucha, a student at WSC majoring in skilled and technical sciences education, had bounced around the idea of starting this business a year before deciding to jump in.

"Being in college, I hear all the time, ‘Man, we need something else to do,’” Zoucha said.  “I started telling people about my idea and thought this could actually work. It was just a culmination of a bunch of small things going right.”

Participants going through the first and only current room called “Stolen Knowledge” will “break into” a professor’s study and try to escape with the secret research.

Zoucha’s concepts for puzzles stemmed from late nights trying to sleep. Many of his props came from garage sales or Facebook marketplace.

To finalize the activity before the return of college students in August, Zoucha looked to Resident Assistants at the college to test out the mechanics of the room. Since these students had to come to the college early for training, Zoucha saw this as a perfect opportunity to finalize the project and gain some publicity from students who tested the room for free.

Even though each puzzle began with a specific way of solving it, Zoucha says many groups have figured out new, exciting ways to work out solutions. Just in the first week, people came up with four different ways of solving one of the many clues.

“It is very fun to watch the different ways people go about solving the room,” Zoucha said. “You get to peer into their lives and their perspectives for a bit. It’s crazy how differently everyone can go about it. It's kind of like watching reality TV, like Big Brother. That's the best way I can compare it.”

Zoucha, as a college student, juggles the operation as the only employee. The escape room is mostly open during the weekend and by appointment during the week. Many of his classes, Zoucha said, assign projects instead of big tests, which allows him to keep up with schooling, the escape room and his other job.

Previously, the escape room opened Thursday nights as well, but since it did not gain much traction those days, the hours have now moved to primarily Friday evenings and Saturday from noon until midnight. Pricing stays at $60 per group per room, no matter the number of people. Parties have one hour to escape the room.

Zoucha said most escape rooms have people pay per person and group people together if there are not enough in a party. He did not want groups to feel uncomfortable working with strangers, so if two people want to do the room together, they can with a flat rate.

For the future of the business, Zoucha said he did not feel sure how far he will take this business venture. Since he will start student teaching next semester, the business might not hold permanence in the community. If the escape room continues to gain popularity, Zoucha might look into purchasing his own building to keep it going.

“I would love for it to become popular enough to where it is justifiable for me to keep it in Wayne and maintain,” Zoucha said. “I'm going to be a teacher and I'm going to be in South Sioux for that. I'd love for [the escape room] to be a permanent thing. It's a creative outlet for me.”

Wayne Escapes is located in the back of Ekeko Galleries and Studios at 110 Main St. Appointments can be made on the website at wayneescapes.com or by contacting Zoucha at 531-289-0176. 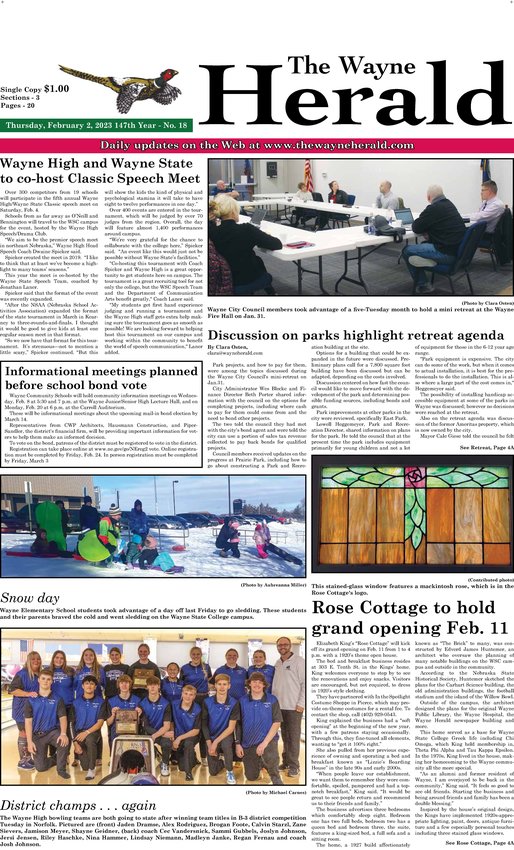