A Few Clouds with Haze and Windy, 18° 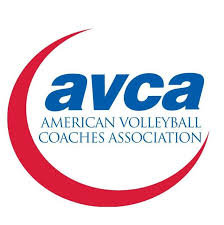 The Wildcats collected 972 points in voting conducted by 47 Div. II coaches from across the country. It marks the 13th time in the last 16 years WSC has ended the year with a national ranking and it’s the second-highest ever national ranking to end the season in school history (No. 3 in 2015).

Wayne State finished the 2022 season with a 30-3 record and captured the Northern Sun Conference regular season title (19-1) for the first time in school history. It’s just the fourth time in school history WSC won 30 games in a season. WSC was ranked in every AVCA poll this season and spent five weeks ranked No. 1 in the country.

Four of the top 10 teams in the final rankings are from the Northern Sun Conference, including Central Region runner-up and conference tournament champion St. Cloud State at No. 5 and Minnesota Duluth at No. 7. Southwest Minnesota State finished 12th.

The final poll is as follows: