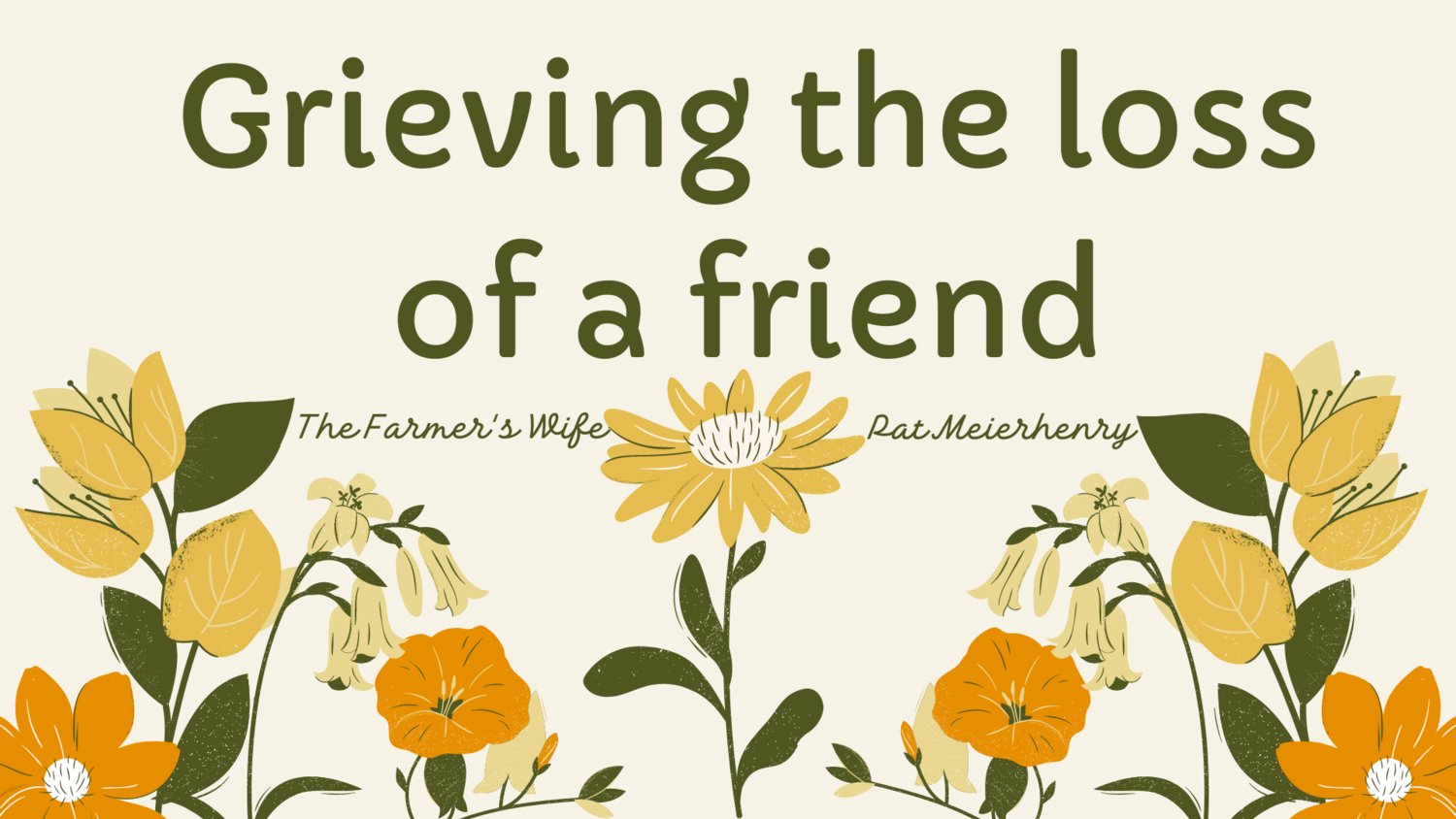 In Lincoln, we have many choices for a place to worship. We did visit a few after we moved here.

But, in the end, we were most comfortable at Faith, mostly because my Mom had been a member there for years. And so,we joined there, and have not regretted it since. For one thing, folks are friendly. How many times have you heard someone say they visited a church and no one even said hello?

Soon after we joined, another couple our age was introduced. Larry and Jan Anderson had moved here from Columbus; Larry commented he liked the “blended” service.

It wasn't long after, Larry died of a cerebral hemorrhage. My standard bereavement food is brownies, and I visited Jan with a pan of those soon after. I learned she was also being seen by a Stephen  Minister. Plus, she still had many close friends from her high school in Gibbon, some of whom also live here now.

Jan started attending the Thursday morning Bible study and we were better acquainted. We were the same age and graduated the same year. However, she and Larry were married that same year, so they were quite young when he entered the service and they were stationed at Fort Benning in Georgia.

After Mike died, she sometimes brought lunch here. A year and a half ago, she complained of back pain and I could see she was losing weight. Nurses love to diagnose, and I had an intuition of cancer. The pain got so bad, her son took her to the ER and they fooled around for at least a week until they agreed with my hunch.

And then, the treatment started.  Chemo first; she requested caps for loss of hair and I found some. She never needed them.  She also did not lose her appetite; but of course, by then, it wasn't that great anyway..

Finally, after a very long year, she was officially in remission. She moved to a nice apartment at a local senior housing facility. I enjoyed a Sunday buffet there one day. We picked her up for a Maundy Thursday service, the first and last time she was in church again.

When I stopped in early this spring, she told me not to come in, she had COVID. And that began a long summer of hospitalizations and rehab places.

A mutual friend kept me informed.  A couple weeks ago, she texted that Jan had been placed in a hospice room at the hospital.(This is truly a good thing to have in a hospital; it forestalls traumatic moves late in life.)

And last week, Jan died. Her funeral is tomorrow. I've learned to be grateful for friendship, no matter how short a time. I've been grieving her loss for months, actually, because visiting was also hard, still due to the virus.

And so it goes. I've lost friends from childhood, three from my high school class, several from my student nurse days, and some “friends of the road."

My life has been enriched because of them, so I can't be sorry. It's just that I'm loathe to give them up, even when I feel certain I will see them again.

So I'm going to allow myself to take time to grieve again. And to be grateful Jan was part of my life as long as she was. Even if we can't choose our family, and I've been blessed there, too; we can choose friends. A wonderful thing! It all makes Life a glad-sad process. I'm better for having known her.

The Farmer's Wife: Line from song brings back memories