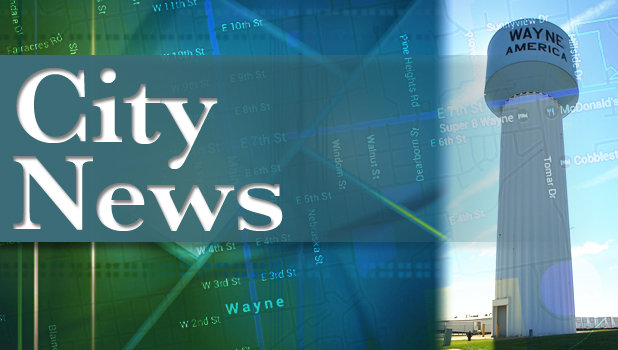 The seven recipients being announced will each receive a portion of $2,669,000 in funding being awarded.

The City of Wayne was named a recipient and will be receiving $315,000.

"The City of Wayne partnered with Wayne Community Housing Development Corporation (WCHDC) under Executive Director Mytzy Rodriguez-Kufner and NENEDD to address the need for Owner Occupied Housing Rehabilitation. The City applied for and received an award totaling $315,000 to provide resources for current homeowners in Wayne to improve and preserve the current housing stock within the City," said NENEDD Community Planner Riah Deane, whose work was crucial in Wayne receiving the funds.

"Wayne’s positive partnerships with community-based organizations and engagement with residents allows them to continually find innovative ways to address community needs. This grant for Owner Occupied Rehabilitation continues those impressive and proactive efforts for Wayne residents today and in the future," she said.

Led by the Federal Department of Housing and Urban Development and administered by DED on behalf of the State of Nebraska, CDBG funding helps communities tackle projects that enhance local well-being and quality of life. Eligible to units of local government, the Owner-Occupied Rehabilitation funding opportunity provides support for substantial repairs and improvements to housing units owned by low-to-moderate income residents (i.e., households at or below 80% of the area median income). Example OOR activities range from new heating or electrical systems to roof replacement and utility-cost-saving energy efficiency upgrades.

"I was really excited to see the news that we were awarded the CBDG grant. It will help 10 families to rehabilitate their current homes.  We are looking at awarding anything up to $25,000 per project.  This is for workforce housing needs and allows individuals in the low and moderate income range to be able to fix their homes.  Projects may include things such as new windows, fascia and gutters, as well as projects on the inside of their homes that will help with their quality of living,"  Mysty Rodriguez-Kufner said.

"This is a relatively new grant for the city of wayne/wayne community housing and so we will be providing guidelines on how to apply within the next week or so. As always, stop by the WCHDC office to inquire." she added.

In all, the announced awards are slated to impact 86 low-to-moderate income beneficiaries across six communities.

“Addressing local housing needs isn’t always about building new units,” said DED Director Anthony L. Goins. “Communities can also make a big impact by helping homeowners with needed fixes and upgrades that are beyond their financial capabilities. That not only does the job of helping people and families in need, but helps revitalize the housing stock so that it will be available for the next generation of homebuyers.”

Prudential celebrates the ‘rocks’ in our lives and moving forward, together