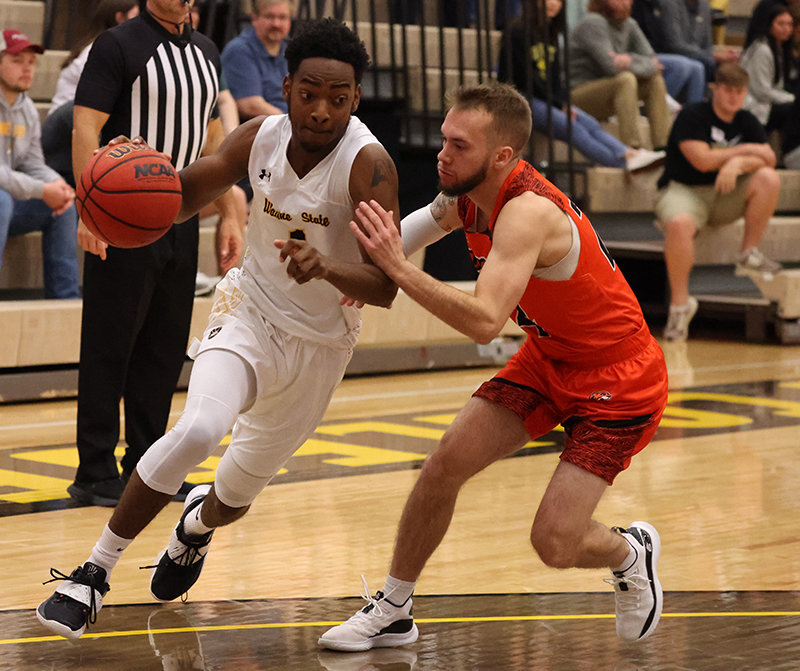 Doane used hot shooting in the first half, going 7 of 11 behind the arc and 15-27 overall, to build a 37-30 halftime advantage over the Wildcats.

The Wildcats came back in the second half to take a seven point lead at one point. Wayne State used a 10-2 scoring run, turning a 56-55 deficit into a 65-58 lead with 7:14 remaining following a Justin Eagins layup.
The Wildcats still led 69-66 with 3:19 left when Doane scored the next eight points to grab a 74-69 lead with 18 seconds left.

A 3-pointer from Mohr with 11 seconds to play cut the Tiger lead to 74-72, but Doane sealed the win with a pair of Anthony Laravie free throws.

Jordan Janssen poured in 27 points for the Wildcats, making 8-of-15 shots from the field and 11-for-15 at the free throw line. Nate Mohr scored 19 points with Eagins reaching double digits at 10 points.

WSC held a 32-25 advantage in rebounding with Cody McCullough hauling in 12 boards for the Wildcats while Alex Oberhauser snagged eight boards for Doane.

Prudential celebrates the ‘rocks’ in our lives and moving forward, together