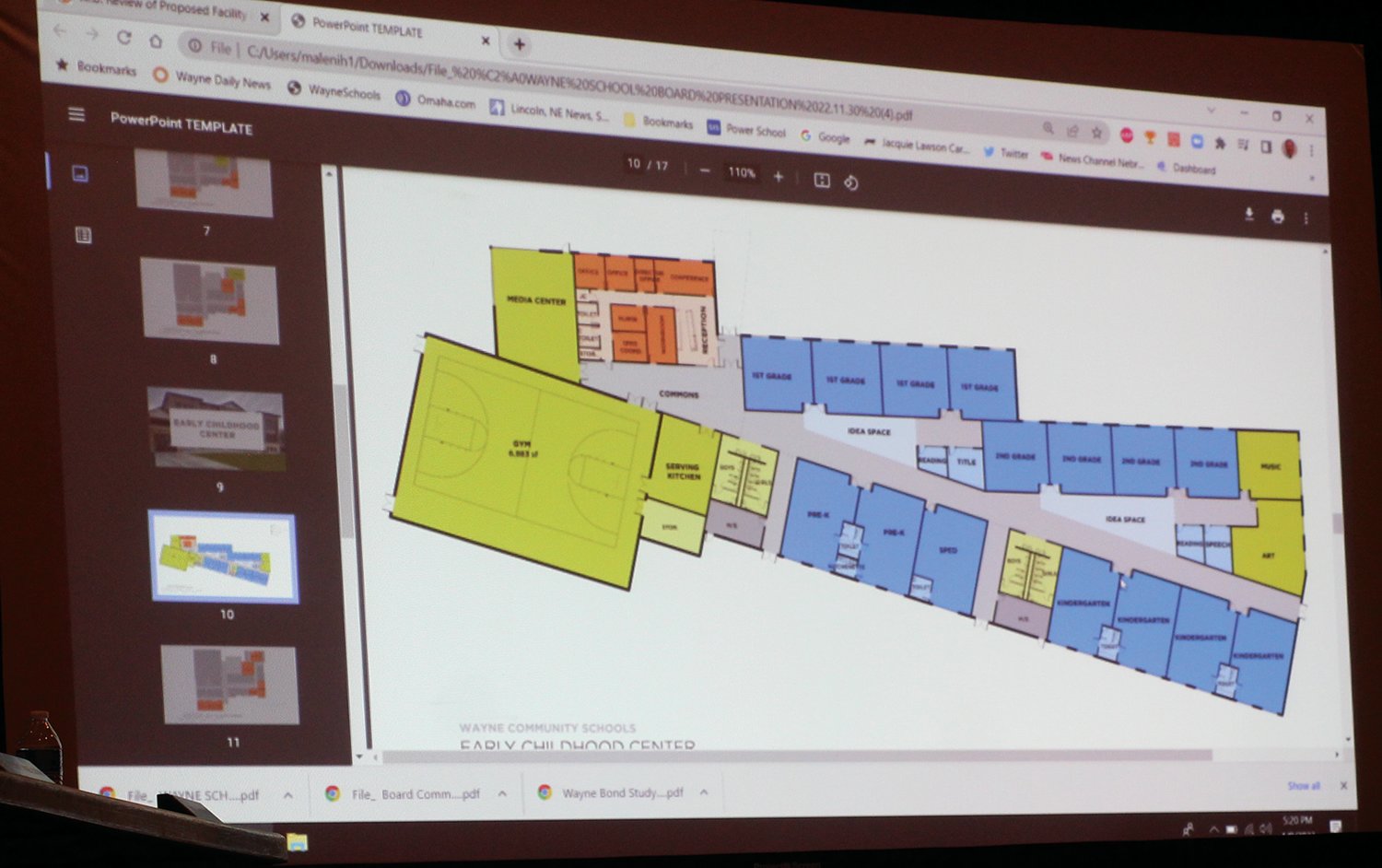 This is a drawing of the proposed Pre-K through second grade facility. 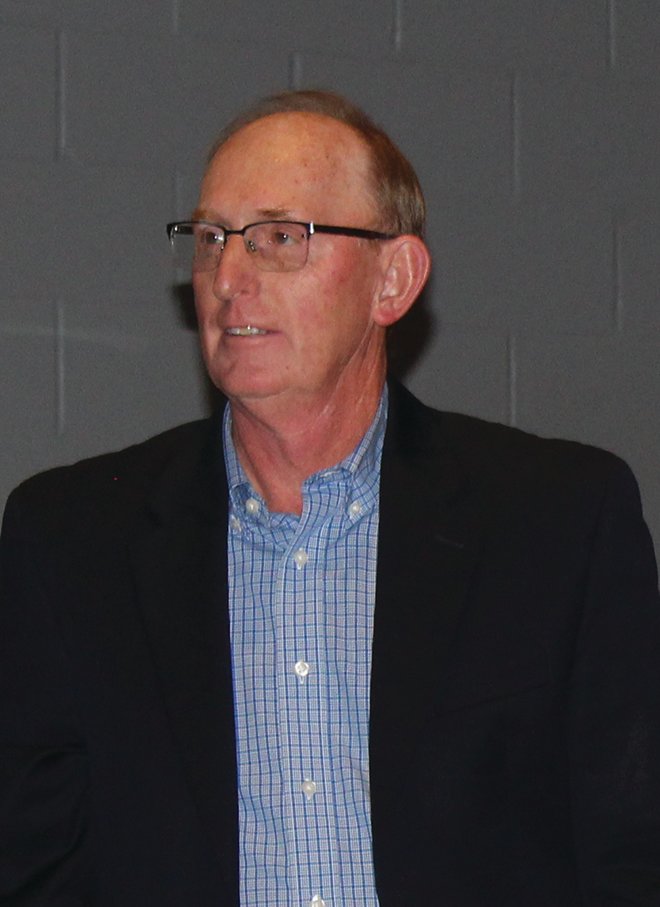 Numerous items were on the agenda when the Wayne Community Schools' Board of Education met for the first time in 2023 on Monday.

Taking up the majority of the meeting were items connected to the proposed facility project the district has been working toward for some time.

Superintendent Dr. Mark Lenihan shared a power point with plans for the Early Childhood Center for Pre-K through second grade, extra classrooms to be added to the high school and work to be done throughout the junior-senior high school.

Dr. Lenihan told the board that the facilities committee "has spent lots of time looking at options" and noted there "is still some work to do."

He said that based on the district's valuation, this would result in an increased tax levy of 12.90 cents per $100 in valuation. He recommended obtaining two bonds for the project to allow for cost savings should interest rates go down.

Spearman also shared a sample ballot which would go before the voters at a March 14, 2023 election. He told the board that the district has to give notice 50 days before the election and that the resolution calling for the special election needs to be sent to the Election Commissioner. It is anticipated that the election will be a mail-in election; however, the Election Commissioner makes the decision on whether in-person voting takes place or all votes are cast by mail.

Spearman talked about the school's responsibilities in regard to the election and noted that no school resources can be spent on promoting the passage of a bond.

Instead, he encouraged all to "focus on the facts" in regard to what the bond entails.

Board members accepted the resignation of sixth grade teacher Joyce Hoskins, effective at the end of the school year. Hoskins has been teaching in the Wayne district for 33 years.

Rusty Parker was introduced as the new Executive Director of the Wayne Community Schools Foundation.

Parker told the board he is "looking forward to the opportunity to learn and work with the community." He listed a number of activities he has accomplished since moving into the position earlier this month.

Board members approved  the negotiated agreement with the Wayne Education Association (WEA) for the 2023-2024 school year. It raises the base salary from $38,000 to $38,800 for the 186 day contract and adds language to include compensation changes for teaching summer school.

Board members noted the "process went well and there was good conversation during the negotiations."

Elementary Principal Russ Plager spoke to the board on the second reading of an AIM Document regarding an Elementary Art position.

Plager told the board since the last meeting it was determined the stipend for this position would be paid for by Wayne Education Booster (WEB) through the school's foundation. The position would involve teaching art to students in the classroom two days a week. The person in this position would then be able to substitute teach any of the remaining days of the week.

However, board members had concerns about the person being in the school building five days a week and the district's legal obligations to the employee.

Board members also approved a bid for $195,802 from Fire Protection Services for the Elementary School fire alarms. Installation will take place during the summer.

Prior to moving into the regular agenda items, Eric Knutson, legal counsel for the board, conducted the first part of the meeting, which included the annual organization items for the board of the coming year.

Board members also affirmed the current policy and regulation manual as governing rules of the district.  Superintendent Dr. Mark Lenihan told the board this information is available on the school's website and hard copies are available in each building.

The Wayne Community Schools' Board of Education will next meet in regular session on Monday, Feb. 13 at 5 p.m. in the junior - senior high school library. The meeting will be preceded by a tour of the Elementary School at 4:30 p.m.