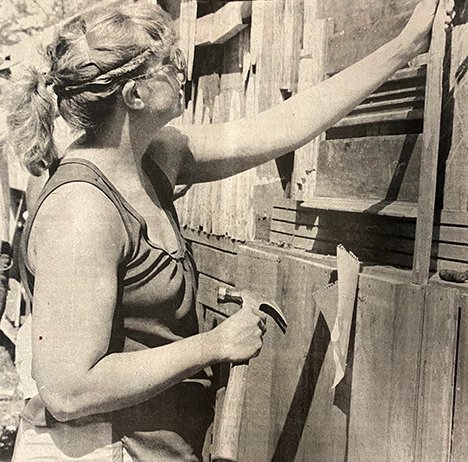 Wayne State College students, residents of Wayne and visitors to the city will soon be able to make sue of a new park while at the same time enjoying the artistic creations the area's most talented.

Work on the new park has begun through the efforts of Wayne State College art instructor Pearl Hansen with the assistance of the community, the college and the Wayne State Foundation.

And while the park, tentatively called "College Park," is intended for the use and betterment of both the community and the college, Hansen readily admits she has built an "artistic Wall" - not one designed to keep persons out, but rather to bring people into the park.

Last fall, Hansen came up with the idea that led to initial plans to construct the park on college ground near the Wayne State maintenance building and north of Providence Medical Center.

The park will be open to the public free of charge. In addition, heavy usage for Wayne Sate functions and by various campus organizations is anticipated.